Cu Chi Tunnels tourism is now increasingly developed because this is not only a destination with historical and cultural value but also an attractive tourist destination associated with famous military works in Vietnam. Visiting the Cu Chi tunnels gives you a first-hand experience of crawling through these legendary tight spaces, as part of an eye-opening snippet inside the lives of the Viet Cong. This tourist attraction is one of 6 famous man-made works in the world and also had entered the top 7 most exotic destinations in Southeast Asia. 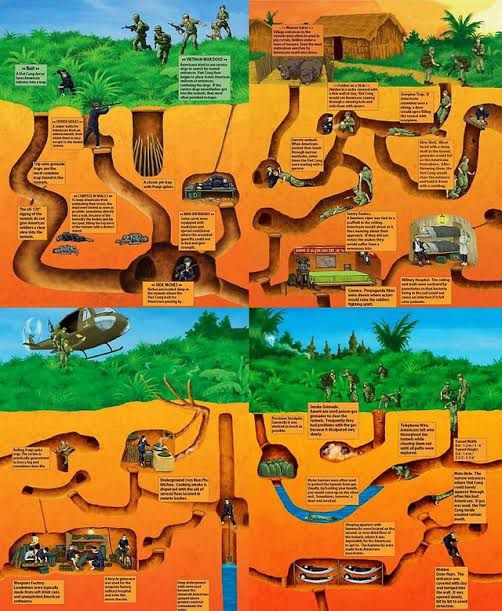 Stretching to the Cambodian frontier, the system of Cu Chi tunnels used to reach a total length of nearly 250 kilometers, of which 120 kilometers have been well-preserved and available for public visit nowadays. The complex of Cu Chi Tunnels Saigon astounds visitors with its intricate architecture and resilience in the area of clay soil mixed with laterite. The first level, which is 3m underneath the ground was capable of withstanding chemical warfare, bullets, tanks, and armored vehicles, whilst the second one – 6m from the ground could resist the destructive power of bombs. The third level, also the deepest, is more than 12m from the ground. Between the levels, escape hatches were made to counter toxic gas along with unrevealed vents leading to the ground.

Communications passages were constructed 0.8-1.2m in size with a minimum 1.5 meter-thick roof. The entrances to these tunnels are so narrow that only Vietnamese could fit in, with wooden manhole covers camouflaged by leaves.

The history of Cu Chi tunnels is associated with the resistance war against the French, period 1946 – 1948. The work was done by soldiers and people to hide, store weapons and personal belongings. Initially, each village here had its own base bunker, however, due to the need to travel, they connected together to create a continuous system. The complex of tunnels was so crucial to the Viet Cong’s operations that it developed into entire underground villages with living areas, kitchens, hospitals, storages for ammunition, command rooms, and bomb shelters. 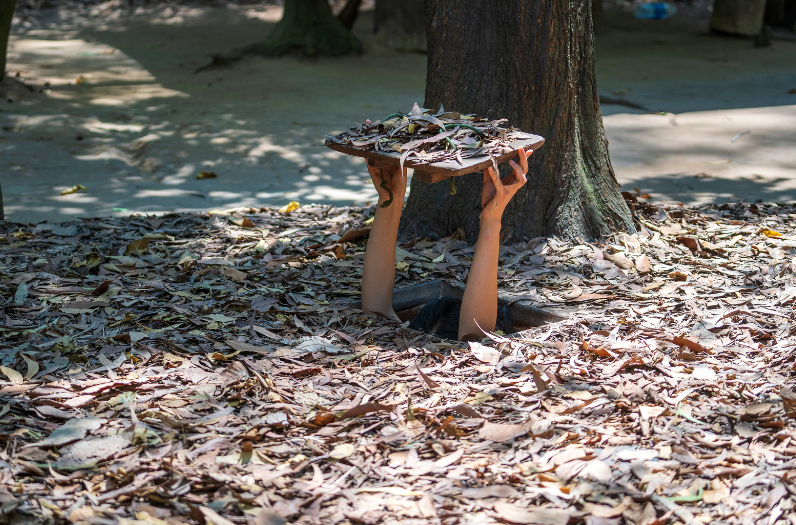 The current Cu Chi tunnels work connects 6 northern communes. Through the tunnels, the military can easily communicate, conceal forces, and discuss revolutionary plans. From 1961 to 1965, this work was developed into many branches connecting with each other. The Viet Cong would set numerous booby traps for enemy troops such as trip wires that would detonate grenades or punji sticks, camouflaged pits with sharpened bamboo sticks to impale soldiers. 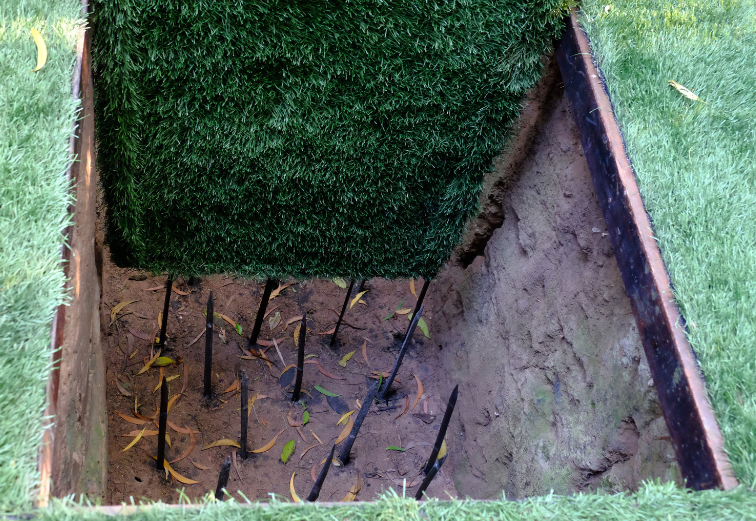 The triumphant Tet Offensive (1968) was one of the Viet Cong’s most successful campaigns planned and launched from the Cu Chi tunnels.

Halong – a magnificent natural wonder of the world