Australia’s most incredible destinations in the age of COVID-19

Your travel bucket list may have needed a little tweaking this year, but you don’t have to ditch it altogether – Australia has you covered. Whether you were dreaming of sipping wine at a cellar door in France’s Bordeaux or hitting the road on California’s Big Sur coastal drive, Australia has experiences that are a match, if not better, than those we traditionally travel overseas for. 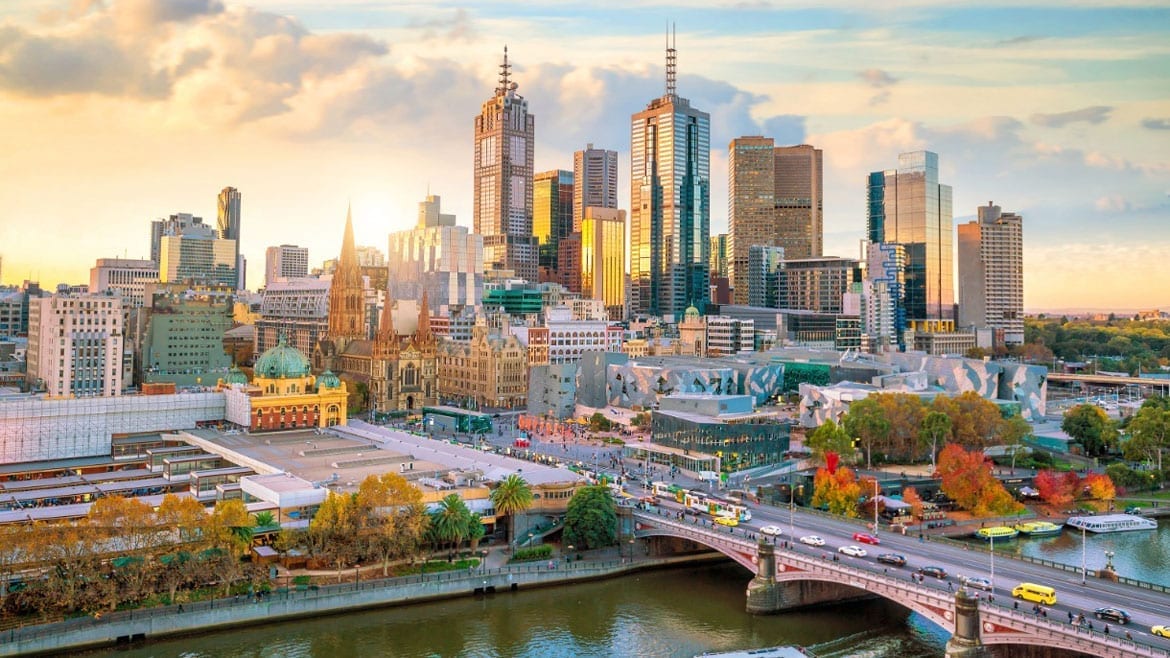 Almost a third of Australians – or 5.4 million Aussies – are planning a domestic holiday within the next 12 months, proving holiday makers are committed to a local adventure. This is up 21 per cent from January, according to Finder.

Data from travel booking site Expedia show Aussies have swapped trips to Bali, Phuket and Tokyo – which were high on the list in the 2019 September school holidays – for holidays to regional Australia. And planning for the Christmas holidays is in full swing with travel searches on expedia.com.au doubling in the last month compared to August.

“The focus is still heavily on domestic destinations with hot spots such as Whitsundays, Byron Bay and the north and south coast of NSW making the top searched destinations,” said Expedia Director Australia, Alex Ozdowski.

As part of News Corp’s Travel Fightback campaign, today we explore the best domestic equivalents across the most popular travel categories — and deliver red-hot deals to get you excited.

The beaches of the Greek Islands and the Caribbean coast are often lauded in the lists of the best beaches in the world. But Australians are spoiled for choice with almost 12,000 beaches on offer. Tourism Australia’s beach ambassador Brad Farmer said there’s more to a great beach than how they look on Instagram. “The best thing about the beaches in Australia is that we have such diversity – craggy coves, tropical islands, windswept headlands and even mangrove estuaries away from the coast,” Farmer said. 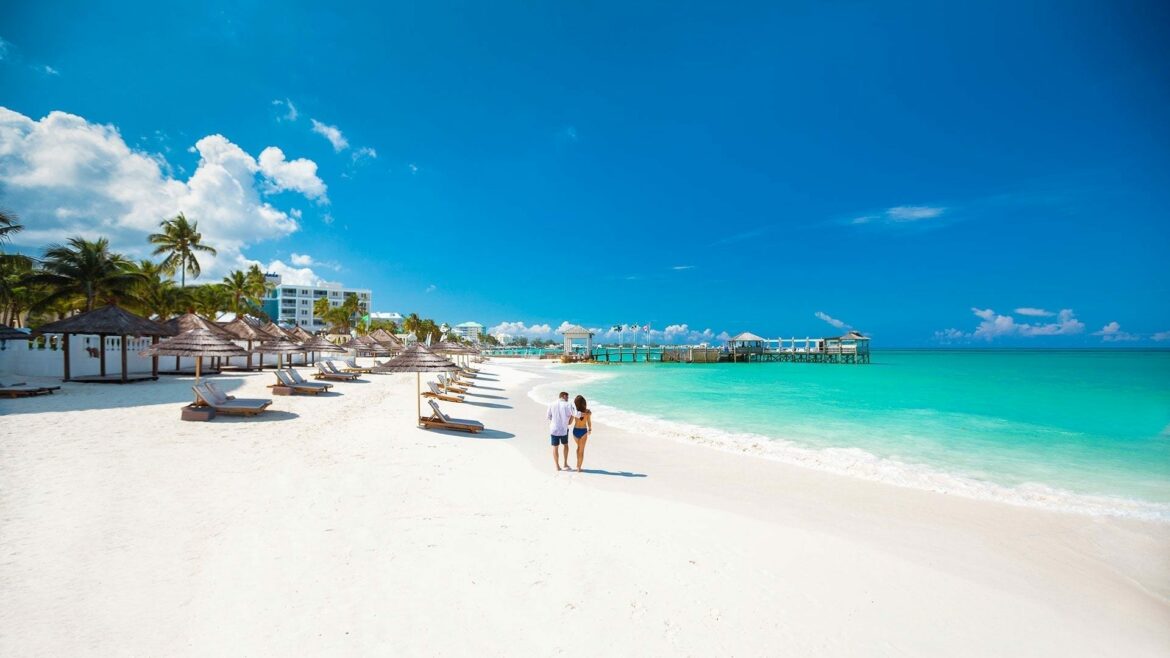 Australia’s iconic beaches of Whitehaven on the Whitsundays, Hyams on the NSW south coast and even Bondi and Manly in Sydney are undeniably popular, but Farmer urges Australians to seek out the lesser known beaches that may offer something extra – maybe it’s a chance to see a wallaby on the sand or a walk through a rainforest to get to it.

“What COVID-19 has shown us is that we don’t have to venture overseas to experience great beaches, we have them right here.”

Disneyland may be the Happiest Place On Earth but the Gold Coast has the highest concentration of theme parks in the Southern Hemisphere with Sea World, Warner Bros. Movie World, Wet’n’Wild, Dreamworld and WhiteWater World all in proximity. “Loved by kids and adults of all ages, the Gold Coast is renowned for its theme parks, which have a long tradition – dating back to the 1970s – for enticing travellers to Australia’s favourite playground,” said Destination Gold Coast chairman Paul Donovan. 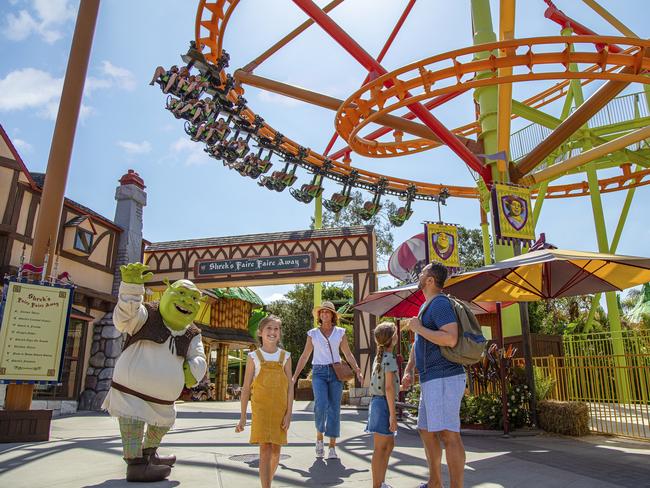 He added the theme parks are committed to making the most of the growing domestic market and are planning improvements for 2021. “(The theme parks) have collectively committed $120 million to upgrade park experiences and introduce a series of innovative and state-of-the-art rides and attractions,” Donovan said.

The Indigenous Arakwal people have long regarded Byron Bay as a place of healing, and while Bali and Thailand beckon travellers with a huge range of wellness offerings, Byron Bay is gaining an international reputation in the industry. The northern NSW region is packed with wellness retreats, yoga studios and day spas. “Australia is globally renowned for it’s natural wonders and the quality of life,” said Gary Gorrow of Soma Byron who is a master vedic meditation master and has been in the industry for 20 years. “We have not led the world for retreat experiences, but that is changing. More people are shifting away from simply wanting a beautiful vista or staying at a fancy place to desiring the awakening of a sublime experience within themselves.” 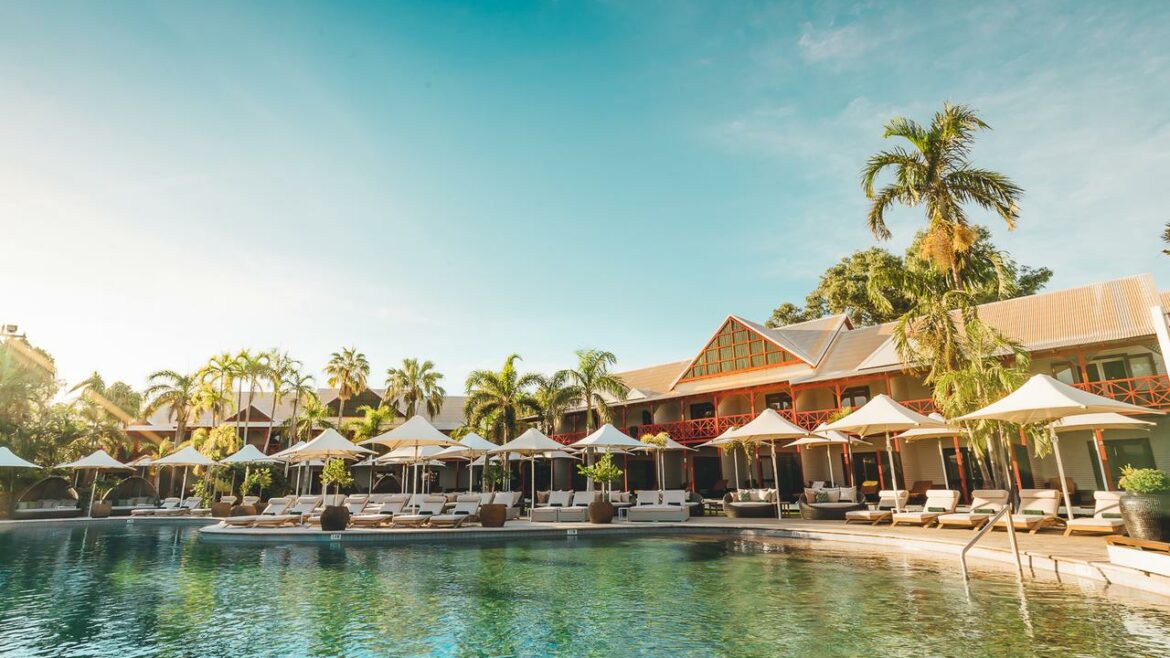 Mr Gorrow added COVID-19 had created an opportunity for more Australians to discover wellness products in their own country.

Travellers seeking an adrenaline rush often head to New Zealand. But there’s no need to cross the ditch for a thrill. Tasmania’s Franklin River offers wild river adventure synonymous with white water rafting. “There’s no better adventure than being totally immersed in world heritage listed wilderness on a Franklin River rafting expedition,” said Shelby Pinkerton of Tasmanian Expeditions who have been guiding rafting expeditions in Tasmania since 1978. “Navigate Thunder Rush and The Cauldron rapids are among some of the most pristine temperate rainforest wilderness in the world. This river journey is one of the best in the world.” 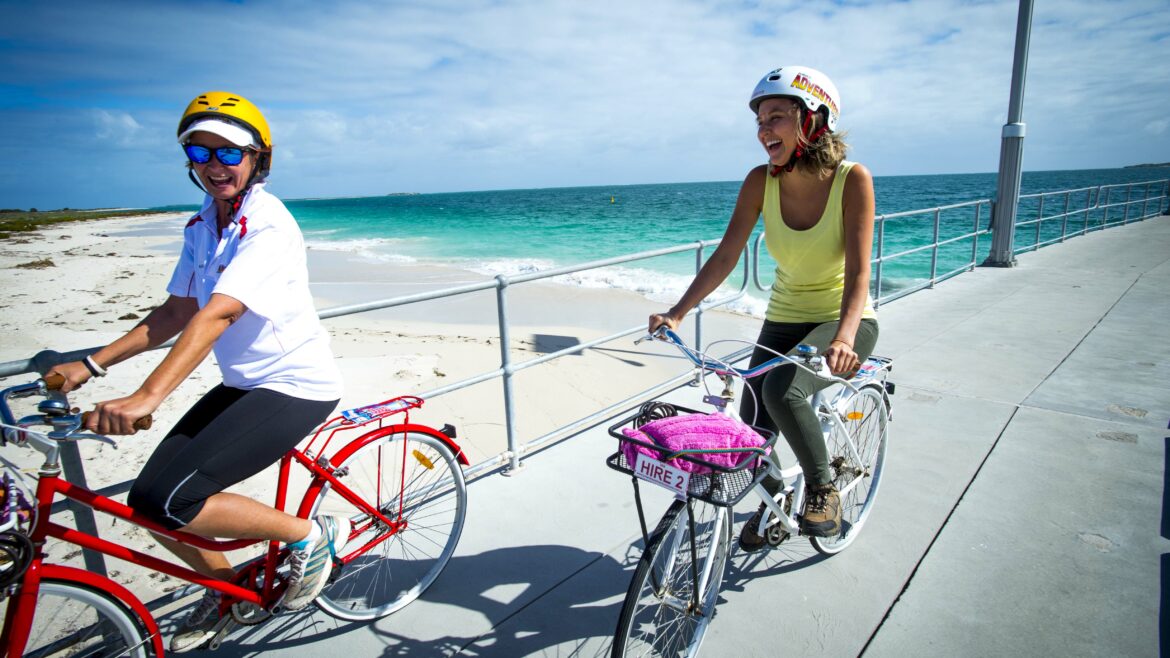 In NSW, adrenaline junkies can head to the Blue Mountains where abseiling and rock climbing adventures give you a different perspective of the world-famous mountain ranges. “Wading, swimming and abseiling in ancient canyons is just one example of many thrilling ‘rope’ adventures on offer,” said Michael Buggy of Blue Mountains Adventure Company. “There are family friendly adventures for children as young as seven through to advanced abseiling and rock-climbing expeditions for experienced adventurers.”

You may not be able to sip wine in Bordeaux or California’s Napa Valley, but don’t cross this experience off your travel bucket list just yet – some of the best wineries in the world are right here. From South Australia’s Barossa, McLaren Vale and Clare Valley regions to the Hunter Valley in NSW, Margaret River in Western Australia, Mornington Peninsula in Victoria and Wineglass Bay in Tasmania, Aussie wines are a match for anything found overseas. But Cathy Wills of Barossa Tourism said not to discount the wonderful local food offerings that often go hand-in-hand with wine regions. She adds the region has been buoyed by local and intrastate travel with accommodation occupancy in July 2020 almost at the same levels as July 2019. 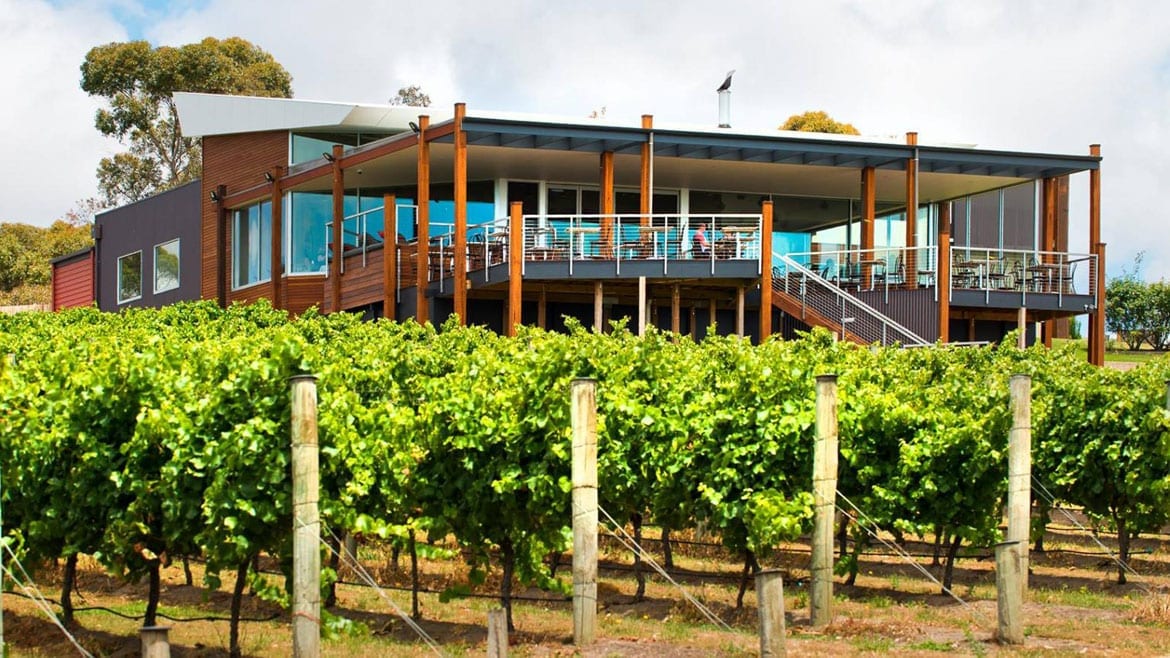 While Aussie couples have long been exchanging vows in Maui and Fiji, the natural beauty of the Whitsunday Islands has proved just as Instagram-worthy since the pandemic forced us to close our borders. Daydream Island’s Alaa Armanyous said they have had a surge in Spring wedding bookings with 13 locked in just for September and October. “Couples get a unique island experience at Daydream because it is small and intimate, just one kilometre long and 400m wide,” he said. “The huge underwater living reef and underwater observatory, which couples can book for a private dining experience, is popular with wedding groups.” 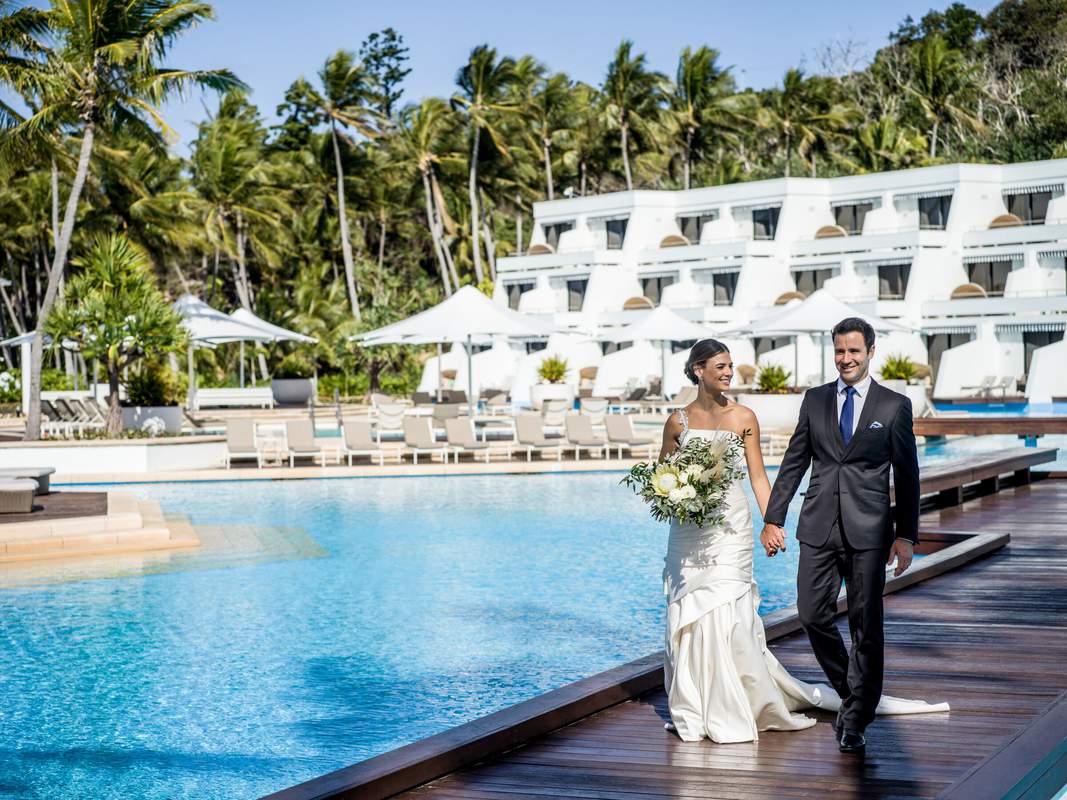 Hayman Island is another popular wedding destination with the InterContinental reporting a higher volume of enquiries this spring than at the same time last year due to the pandemic lockdown. InterContinental Hayman Island general manager, Arpad Romandy, said love is well and truly in the air in the Whitsundays with a higher number of “elopement enquiries” as couples seek to mark the special occasion.

Lets face it, it’ll be a long time before we can safely travel to the USA. And if the Grand Canyon was on your must see travel list, you’re not missing out by swapping it for a Kings Canyon experience in the Northern Territory. Like in the US, you can see the 300m high sandstone walls on foot as you trek the Kings Canyon rim or from above in a helicopter. A three-hour drive from Uluru, a visit to Kings Canyon is often part of an authentic Red Centre holiday. “In these COVID times Kings Canyon provides a wonderful alternative to the often well-travelled tourist destinations and is considered somewhat of a hidden gem in the rich tapestry in Australia’s beautiful Northern Territory,” Kings Creek Station CEO Tony McFadzean said. 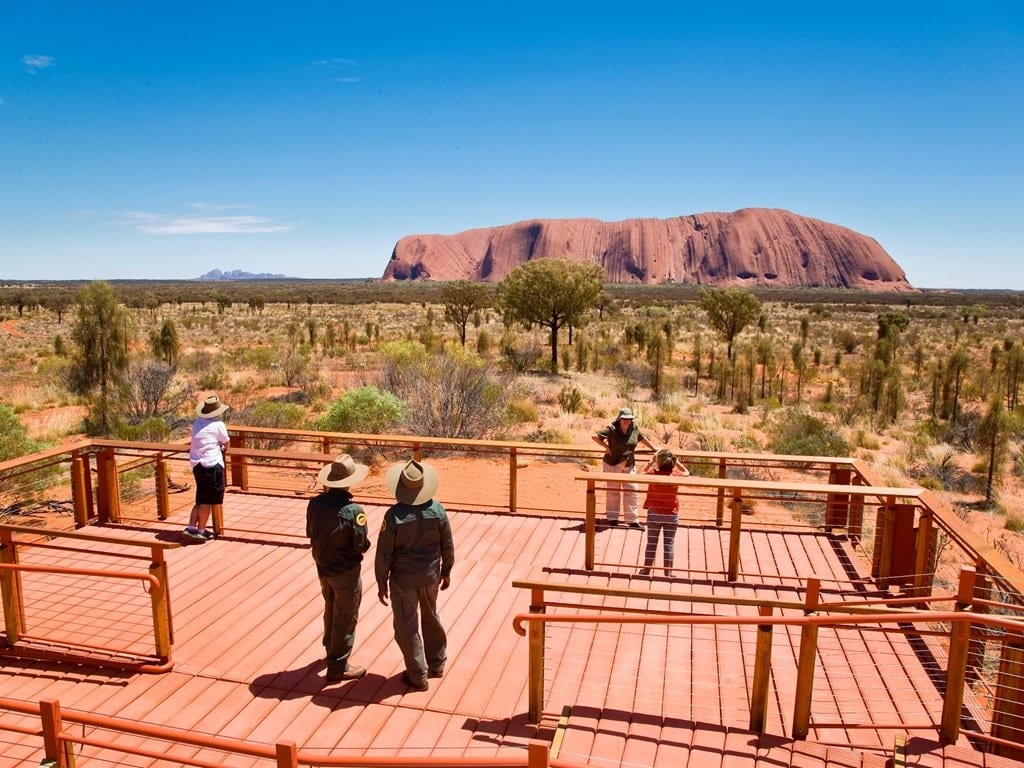 Go beyond the day trip with a stay at either Kings Creek Station cattle farm, 35kms away, or Kings Canyon Resort, 10kms away.

Hitting the road on Big Sur between San Francisco and Los Angeles on the Californian coast is undoubtedly one of the world’s best drives. But the Great Ocean Road drive in Victoria is more than a match for Aussie road trippers. The 664km coastal drive starts in the beachside suburb or Torquay an hour from Melbourne and finishes in the fishing village of Port Fairy. Visit Victoria CEO Brendan McClements said the beauty of the Great Ocean Road is not just the drive, but what you find along the way. “With every twist and turn of the Great Ocean Road, you’ll find breathtaking ocean views, sheer sandstone cliffs, ancient gums interspersed with rainforest, and charming coastal towns,” he said. 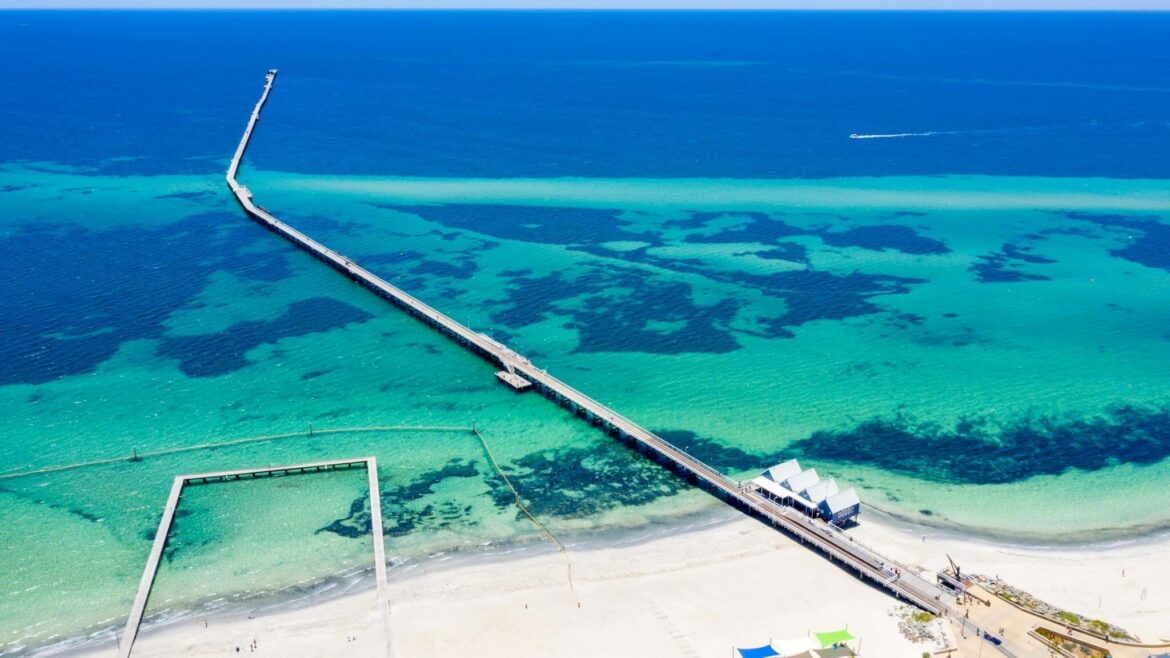 The beaches out of Torquay, including iconic surf spot Bells Beach, are a highlight, as well as the towering 12 Apostles, the seaside village of Lorne and the food and wine stops in the Bellarine Peninsula.

Africa may be the home of the animal safari, but there are few places in the world you can get up close to Australia’s cute little Tasmanian devil. Nestled in the World Heritage wilderness of Tasmania’s Cradle Mountain, conservationists at [email protected] work hard to guarantee the survival of the Tasmanian devil. “The after dark feeding tour is the most popular because the devils are most active at night,” [email protected]’s Danielle Nankervis said. “The joey encounter, which takes small groups behind the scenes to pat the young devils, is also popular.” 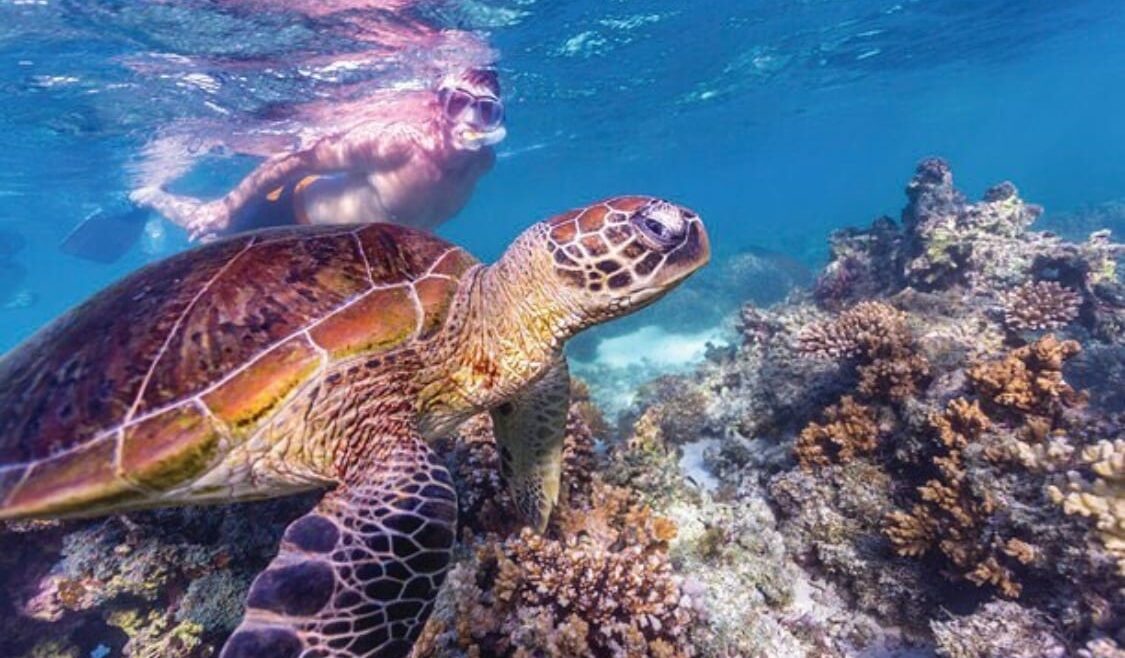 From tiny to giant, you can swim with whalesharks on the other side of Australia, off West Australia’s Exmouth coast. While similar experiences are available in other parts of the world, Mark Ferguson of Exmouth Dive and Whalesharks Ningaloo said what sets them apart is that he can almost guarantee an encounter. “The majority of the people who dive with whalesharks come out of it truly amazed and sometimes with a brand new appreciation of the ocean,” he said.