Where to go in March for vacation in Asia

The month of March has always been pretty popular for travel all around the world. Countries in the northern hemisphere are mostly experiencing the beginning of better weather by this time. If the opportunity presents itself, taking some time off to travel to different parts of Asia allows for a host of great opportunities. 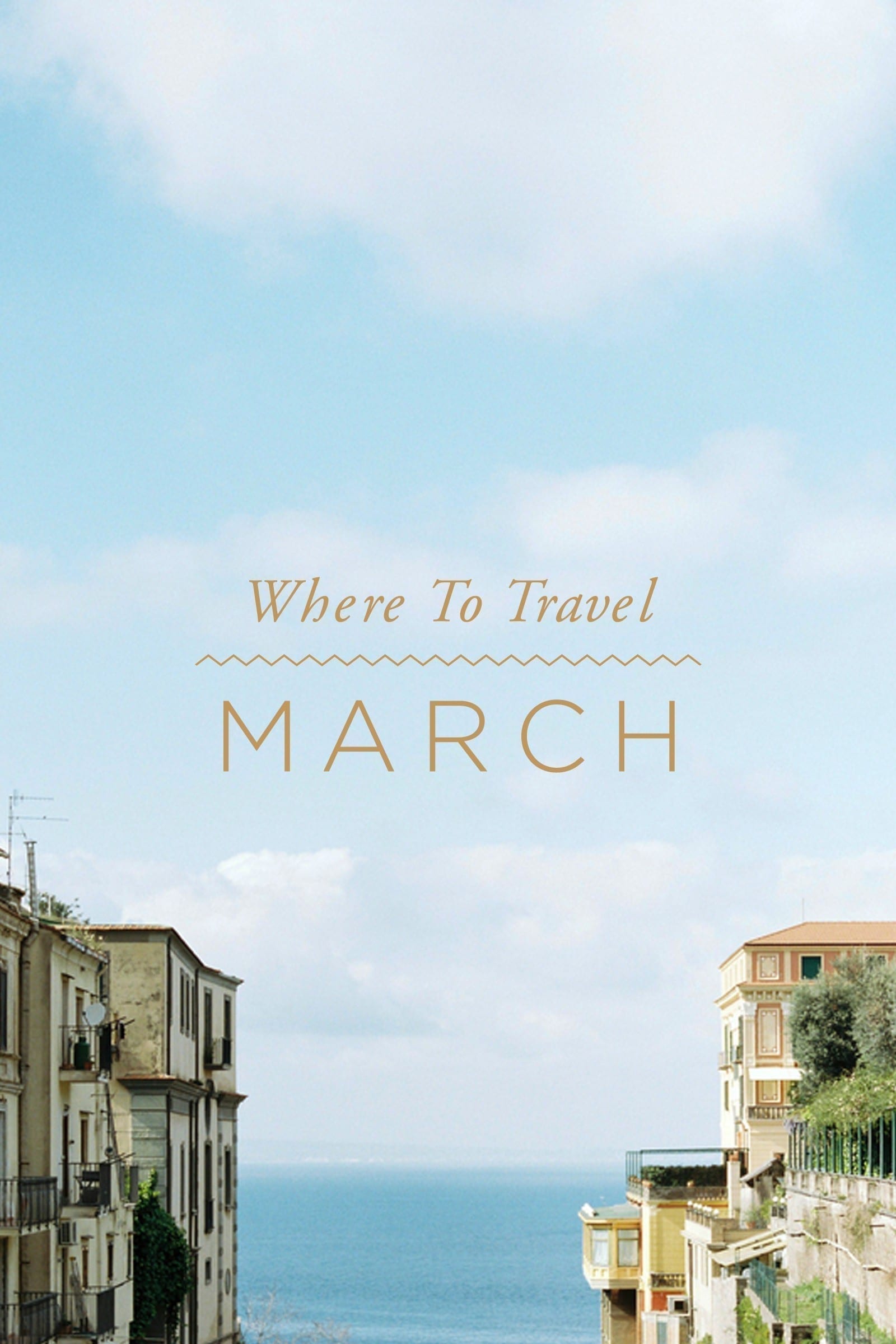 There really is not a terrible country in Asia to visit during March, as Southern Asia is experiencing the end of high season. The north’s weather might still be a little cooler than some want, but there are still plenty of opportunities to do things indoors and outdoors. Only South Korea and Tibet (which prohibits travellers from entering the country in March anyway) need saving for another vacation.
Where are the absolute best places to visit? Depending on what is most important, there are some fantastic opportunities to capitalize on inexpensive flights and hotels before peak season hits. These are a few places to keep in mind when deciding where to go in March for vacation in Asia.

Most people who plan a trip to Asia try to make a point to visit Bangkok at some point. This is one of the marquee cities on the continent, and there are visitors from around the globe 12 months a year. March is usually pretty pleasant weather, all things considered. This makes a huge difference, especially in area where there is a lot of walking and outdoor activities to check out.
There will be some days that it gets to 35°C and higher, but it is considerably warmer in April during their summer. There won’t be a need for a jacket during the day, but the evenings do cool down just enough to make for the occasional chilly night.

Coming from Australia, there really isn’t too much of a change in overall weather. Rainfall is rare, and temperatures sit just slightly warmer in Bangkok. This makes for a very easy transition when taking a look at indoor and outdoor activities.
Visitors will be able to do everything they want to when visiting in March. The entire country is also worth checking out, depending on time. Cities such as Phuket and Chiang Mai are pretty easy to get to, and even though they deal with the same heat issues, it should be a pretty dry experience. Those going to Phuket want it to be warm anyway to enjoy the beaches and other numerous outdoor activities.

Whether it’s a standalone trip or part of a bigger tour, Siem Reap is a beautiful city that is great to visit in March. Most have heard of the Angkor Wat temple complex, which is truly impressive to see up close. Make time for that, but don’t sleep on the rest of the area. 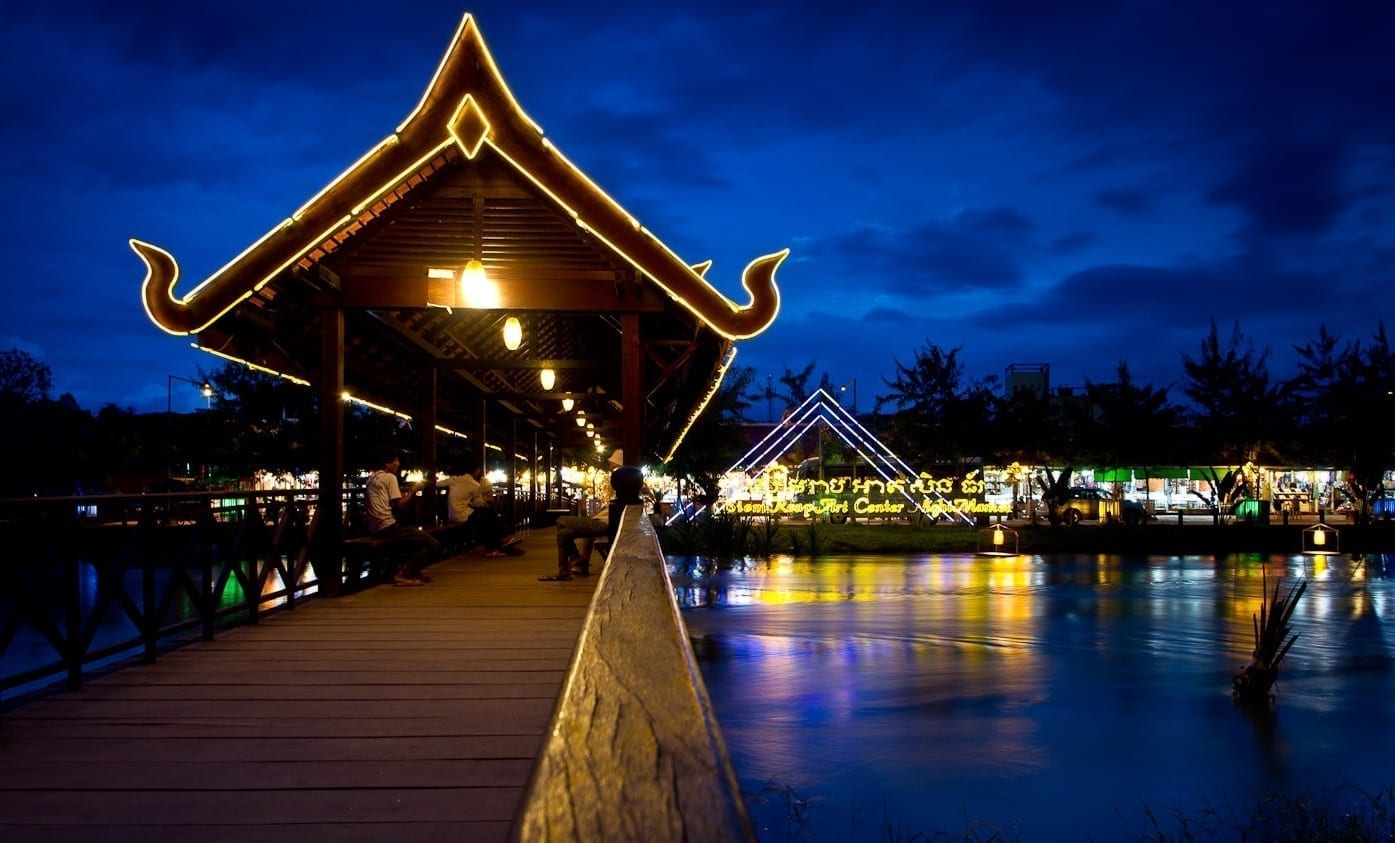 March temperatures, which are almost always above 35°C, don’t always seem that enticing at first glance. Don’t let that stop a trip from happening. This is actually a very average temperature month for the area, and they only deal with a few days of rain in March as well. A trip to Cambodia is always going to involve dealing with high temperatures.
Visiting this area is always very affordable, and March visitors can save a little more money than usual as well. The food, in particular, is very inexpensive, so visitors love taking advantage of trying something new.

Thinking of a trip to Vietnam? If the plan is to mostly stay in the north, March might be the best month of the year to visit. There is very little variation in temperature during the month, as highs sit around 22°C, with lows only dropping a few degrees. This provides almost perfect weather, with 3 or 4 cm of precipitation throughout the month as well. If it does rain, it usually doesn’t last long. 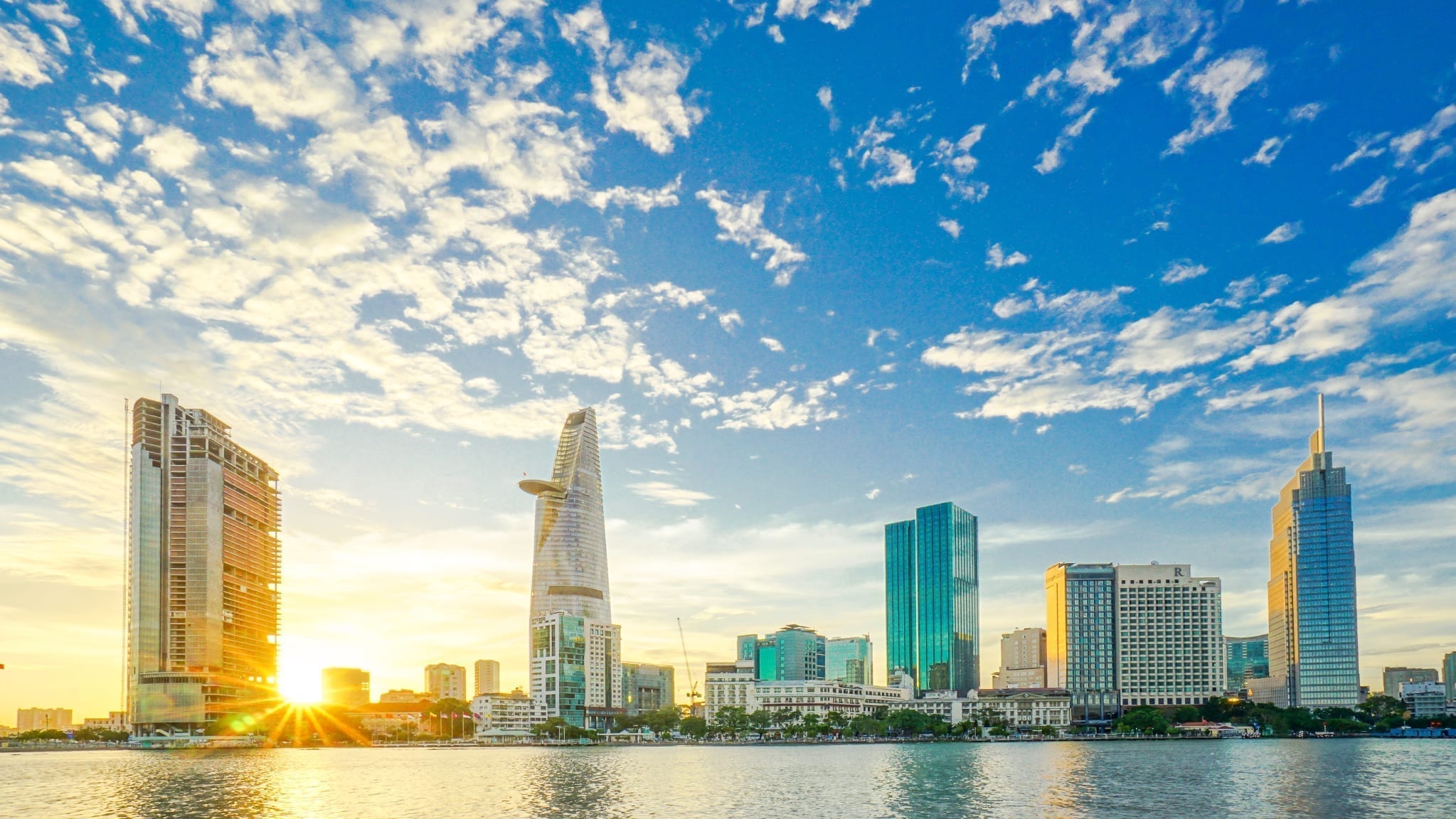 Perfect weather can make a trip to interesting areas that much more enjoyable. Hanoi has some very walkable parts, and they are known as one of the major hubs for many Vietnamese food variations. Throughout the years, they have relied on this unique blend of French and Asian cultures to provide an experience found nowhere else in the world.
Saigon, which is what the locals call Ho Chi Minh City, is a little warmer since it is in the south. While March might not be the absolute best month of the year to visit this city only, most people combine the trip when they are in Vietnam. It’s still pretty tolerable, but temperatures hang around the mid-30s during the day with decent amounts of humidity.
Both Vietnamese cities are very affordable, with Hanoi being slightly cheaper. They make perfect stops as part of a bigger package for those wanting to see a few different cities on one trip.

Anywhere in Hong Kong is an enjoyable time in March. Rain season starts in April, and runs to October, so consider this the last chance to see everything offered in this unique part of Asia.
While it’s technically not rain season, there is a higher risk of rainfall than most of the other areas to make this list. That has to do more with Hong Kong in general. The temperatures are nearly impossible to beat, as it hangs right around the low to mid-20s during the day. 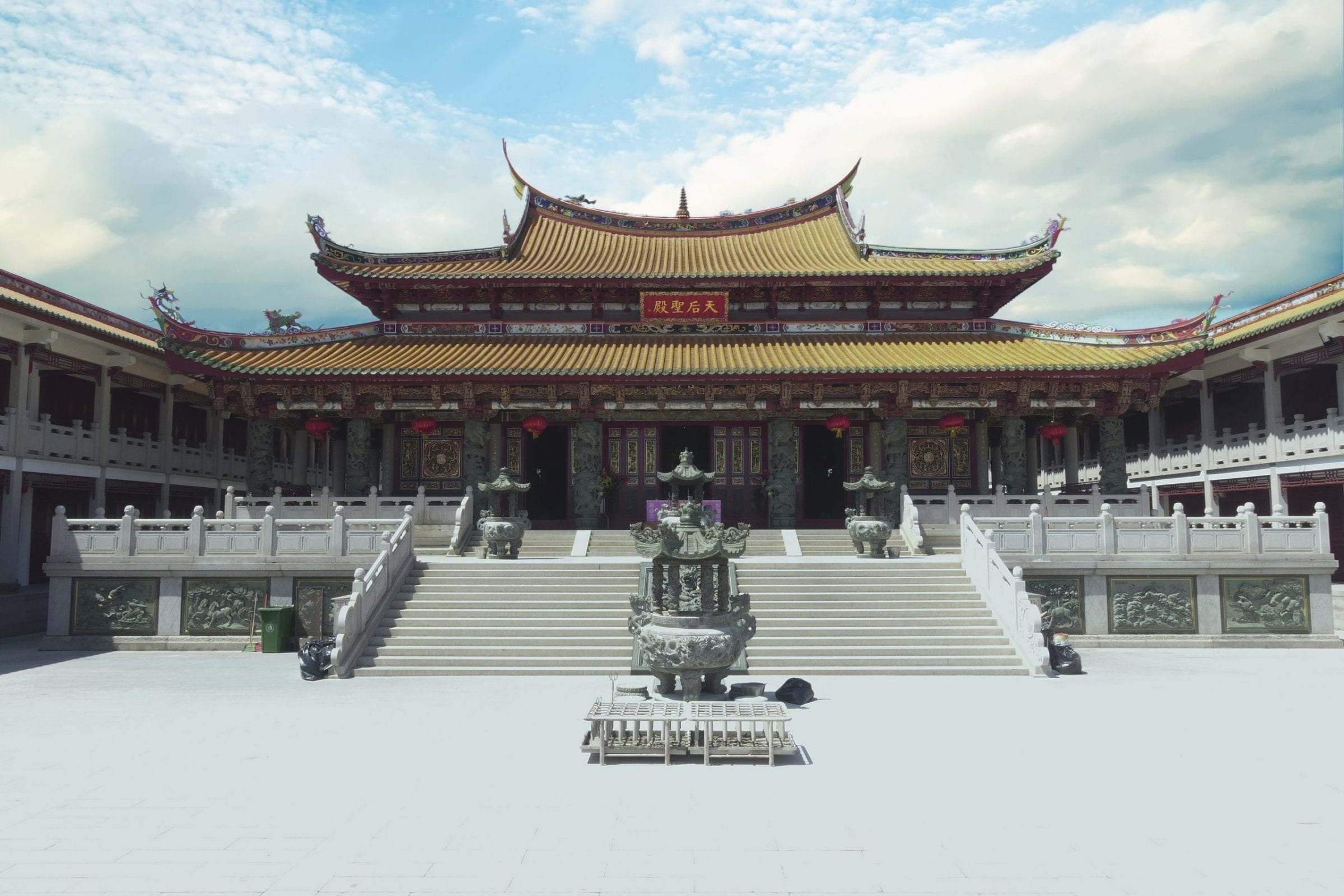 Make sure to budget a bit more for travel and hotel if Hong Kong is on the travel list. It is on the higher side for Asia prices, but worth the trip to the island in particular. The good news is shopping and eating locally is much more affordable, and usually more enjoyable.

Now that Sri Lanka is safe to travel and explore, more and more people are discovering all the hidden gems on this small island. There isn’t one particular place that deserves days of attention, but out of all the months in the year, March might be the most neutral for the north and south. 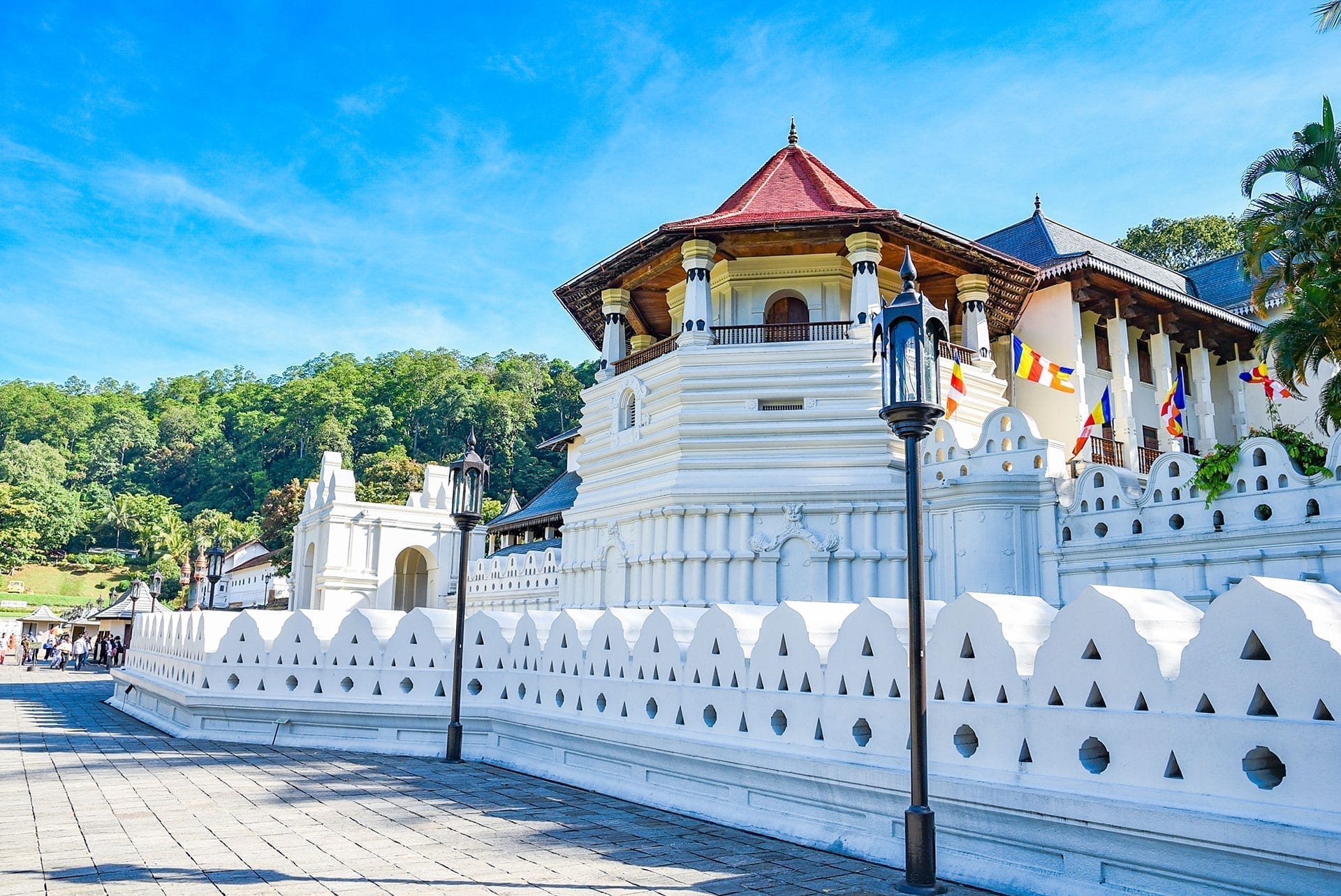 Temple of the Tooth, Sri Lanka

Colombo is the large city most visit initially, but it’s not the true reason people flock to Sri Lanka. The hidden gems are in the smaller towns and villages, still developing in their own right.
The southern part of Sri Lanka is pretty warm in March, so don’t be afraid to schedule some beach time while visiting. In the north, where tourism is starting to really bloom, the weather is nearly perfect. It’s cool and dry enough to be outside the entire day without feeling too sluggish.
Since Sri Lanka doesn’t embrace the ordinary tourist quite as much yet as other countries, the great deals are not as prevalent. It’s still worth spending a bit more and discovering a country often overlooked by travellers.

It’s starting to heat up a bit in many parts of Laos by March, but it’s still tolerable enough during the day to plan a visit. For people who might not be that much of a fan of high temperatures, things cool off quite a bit in the evening to make for some pleasant nights.

Luang Prabang is the city of choice in the northern region of Laos to check out in March. It’s a little too hot down south, so this is a great change of pace for many. It also helps that the general vibe in Laos is very laid-back and welcoming for first-time visitors. It might not headline a list for many taking a trip to Asia, but it’s a great opportunity to see some of the friendliest people on the continent.
While there are some hidden gems in the city, Luang Prabang wears the label as one of the best travel destinations in the country. People with high anxiety might not like how busy the big cities in Thailand or Vietnam, so Laos is worth checking out.
To top everything off, the city is very affordable to visit at any time during the year. Most will only spend a day or two, but it might end up being the most underrated part of an Asian vacation.

The main island in Japan is a little chilly in the month of March, but some travellers enjoy being a little too cold over a little too warm. If that is the case, there is plenty to see in all the major cities like Tokyo, Osaka, Kobe, Hiroshima, and more.

What makes March stand out? Not only is the weather still fairly cool, but the famous cherry blossoms start to make an appearance during the latter part of the month. It’s the first break of more beautiful weather in the summer, and they help lift the mood of everyone as the main sign that seasons are changing.
Do keep in mind that rain showers are still somewhat prevalent in March. Have an idea on some indoor activities to do for days that are less than ideal. Tokyo, in particular, is one city worth visiting 12 months out of the year, and March is definitely worth checking out. Sticking to the bigger cities will give more opportunities for indoor activities if needed.

March is the most popular time of the year to visit just about every region in Myanmar. Right in the heart of South East Asia, temperatures and general weather are great from the north to the south. That allows for visitors to take advantage of beaches if they’d like on the coast, or take a trip to the central plains for what seems like a totally different country at times.

Where are the best places to visit while in the country? For an inland experience, Mandalay has a lot of bustle and plenty of history to keep any age interested. Yangon is a little busy in March because of the great weather and beaches nearby, but the area accommodates enough for people to still have a good time even during peak season.
A lot of people consider Myanmar as a true headliner on any Asian trip. If that is the case, it makes sense to go during the best time of the year. There is nasty weather at times in the country, but March is virtually clear of any issues.

March is one of the better times of the year for people to book a trip to Asia and not have to worry about a high threat of crazy temperatures. There are never any guarantees, but most of the continent is pretty calm during this time in regards to storms, temperature extremes, wind, and more.
Keep in mind when Easter falls each year, because it will sometimes be in March. This is the only major holiday that can cause some spikes in prices and bigger crowds. The only other somewhat major holiday happens in India on March 9 and 10th every year. Holika Dahan and Holi is a very large celebration in the country that draws considerable crowds, especially in the major cities. Some visit Southeast Asia (or any part of Asia) specifically for that holiday, but those not interested should avoid that small window.
All in all, expect visitors from all corners of the globe visiting different spots in Asia during March. It might not be peak travel season for Australians, but those in North America and Europe usually have time off at the beginning of spring to travel.