Travel to Broken Hill, do you know what to do ? 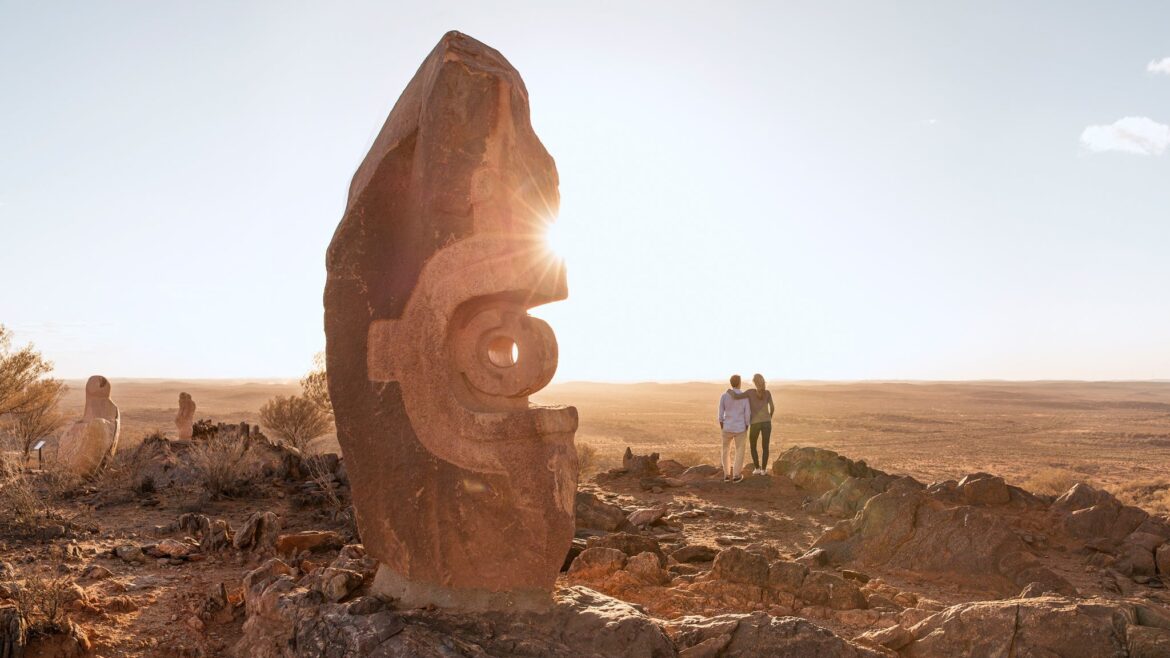 Savour the spectacular outback sunset when travel in a Australia’s tour to Broken Hill, surrounded by the Living Desert Sculptures that spread across a hilltop a short distance from this famed mining town. The 1993 public art project behind the commissioning of the 12 sandstone sculptures from artists around the world was something of a folly as the material selected for the pieces was a little too solid to carve. But it’s still an impressive sight and one that can draw sizeable crowds before dusk. 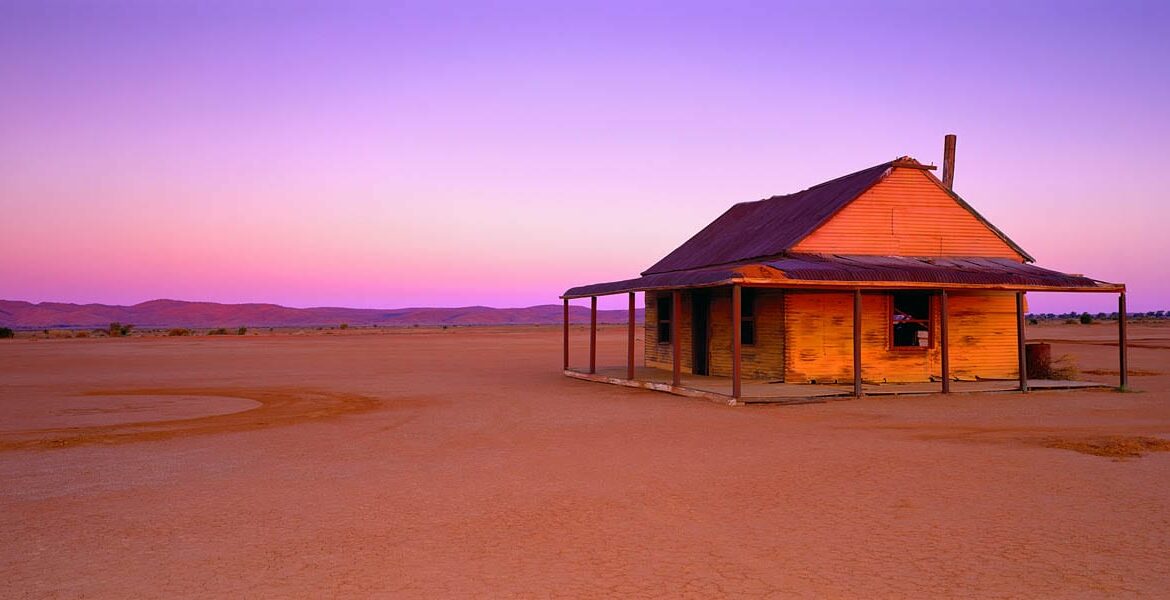 There aren’t many places where you can ride a camel down the main street at what would be peak hour anywhere else, but Silverton, 20 minutes from Broken Hill, is no ordinary place. Husband and wife team Duncan Pickering and Petah Devine operate Silverton Outback Tours and the highlight of their sunset tour is a ride down the still unsealed main drag of this tiny outback outpost. The spectacle’s enough for drinkers at the Silverton Hotel to put down their beers in exchange for cameras. Silverton was founded in 1875 on its rich silver deposits. 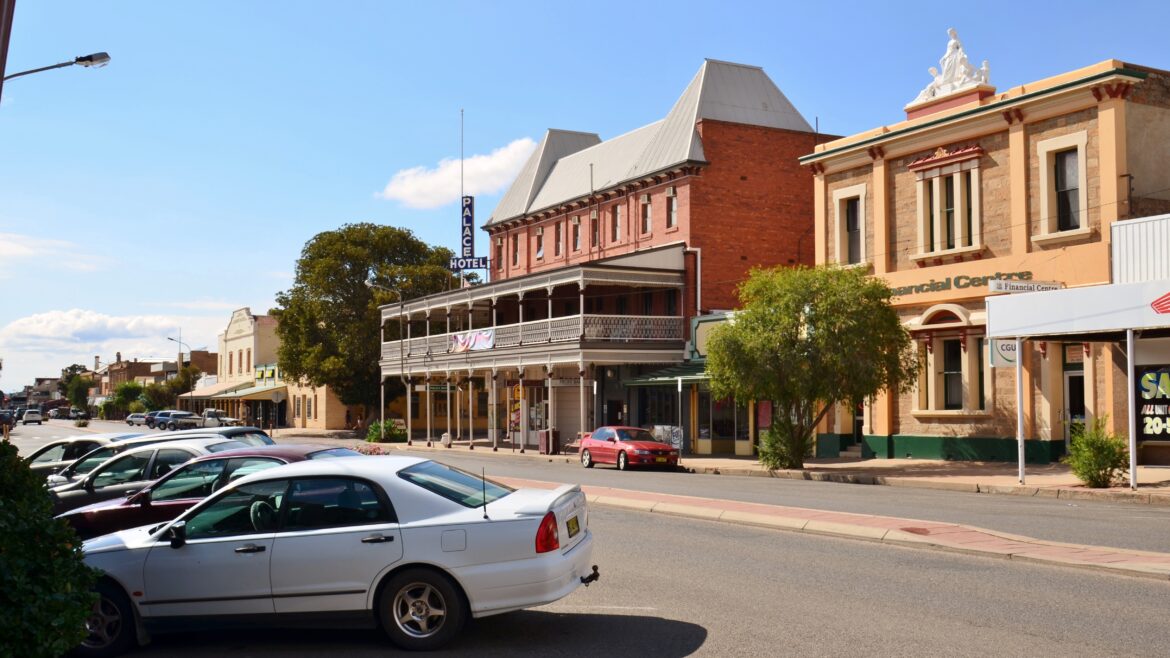 As befitting a gritty outback mining town with its traditional legion of whistles to wet, Argent Street, Broken Hill’s main thoroughfare, is not short of pubs. Many of them offer accommodation but one of the best options is the 23-room Royal Exchange, an art deco beauty with a restored iron filigree verandah and facade. Don’t miss dinner in the beautiful dining room and bar, replete with an open fire in winter. For early birds, there’s even a coffee window facing Chloride Street.

THE ONE STAR ATTRACTION 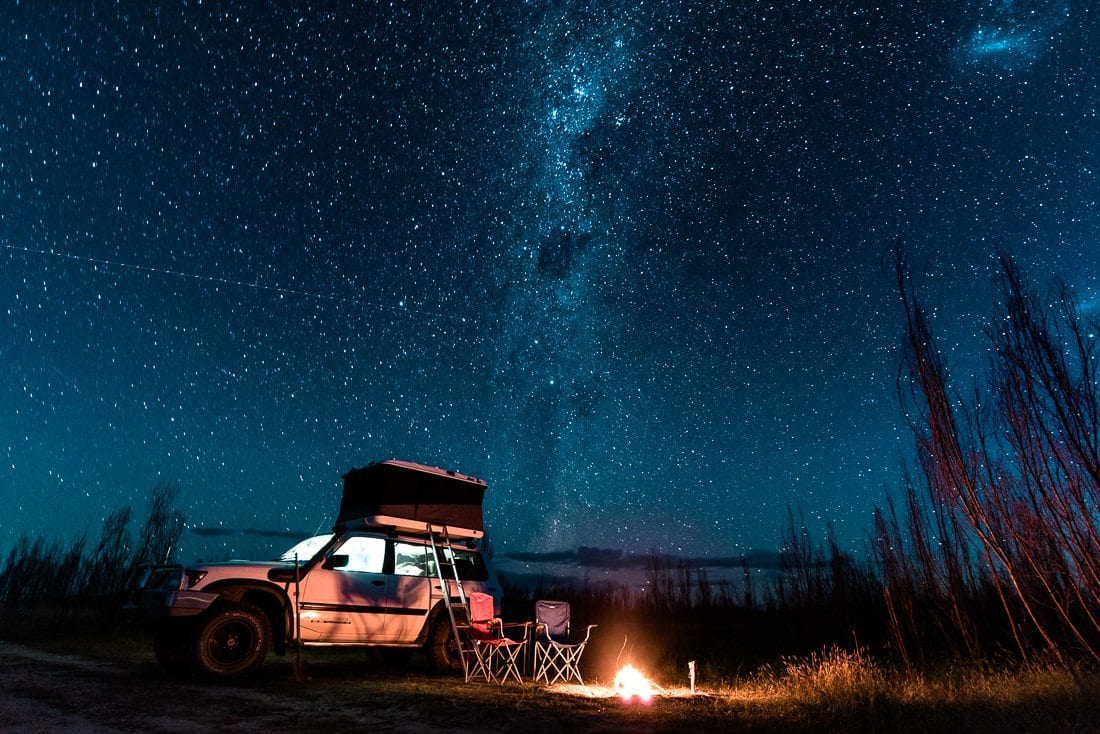 Broken Hill’s nearest major city is Adelaide, 516 kilometres away, so the remote town is blessed with pristine night skies unpolluted by light. On the outskirts of town you can now marvel at the Milky Way in the dirt backyard of the former local headquarters of the Royal Flying Doctor Service. From the comfort of camper lounges and armed with a hot chocolate for a chilly outback night, you’ll be taken on a journey around the galaxy by experts. Arrive before dusk and have a barbecue dinner and drinks before settling in for the show which employs a combination of telescopes, binoculars and the naked eye. 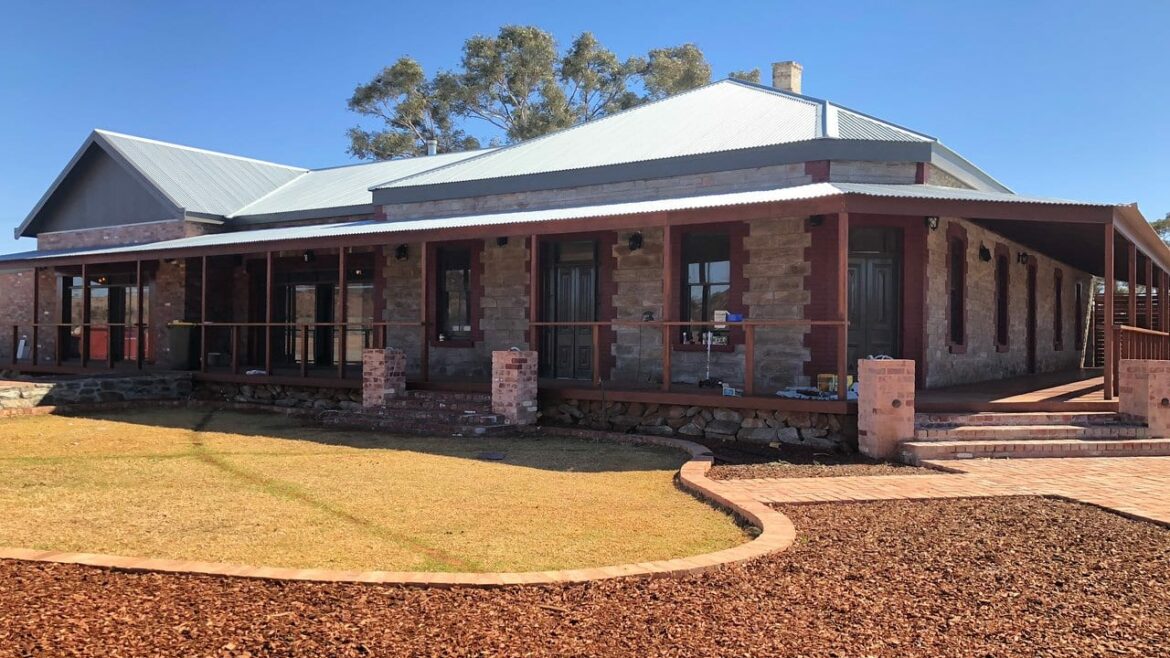 If you don’t mind being based outside town surrounded by the sort of exquisite desert country that defines it, the oasis-like Broken Hill Outback Resort, just off the Barrier Highway, is a fine choice. The centrepiece of the resort is the restored Mount Gipps Hotel, with its restaurant and bar. There is motel-style accommodation and a caravan and camping park spread out behind it. The best aspect of the motel rooms, some of which feature spa baths, are the private verandahs that look directly out onto the desert. 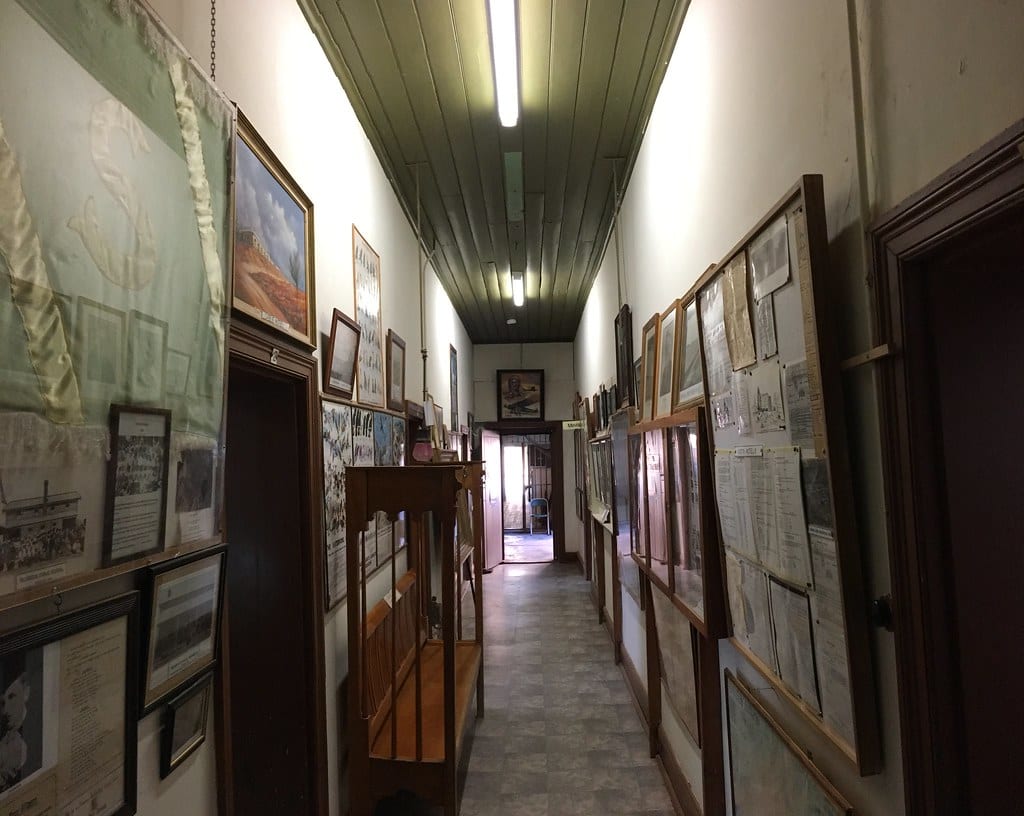 It may not be about to garner any awards for cutting-edge, interactive museum displays, but the Silverton Gaol and Historical museum may be the country folk museum to end all folk museums. This former prison offers a cavalcade of Silverton’s rollicking early mining years, with nary a wall or corner free of some sort of exhibit. For a completely different take on the town’s more recent past, visit the nearby Mad Max 2 Museum, a tribute to the Australian action movie classic that was shot in the surrounding stark landscapes.

THE ONE MILK BAR 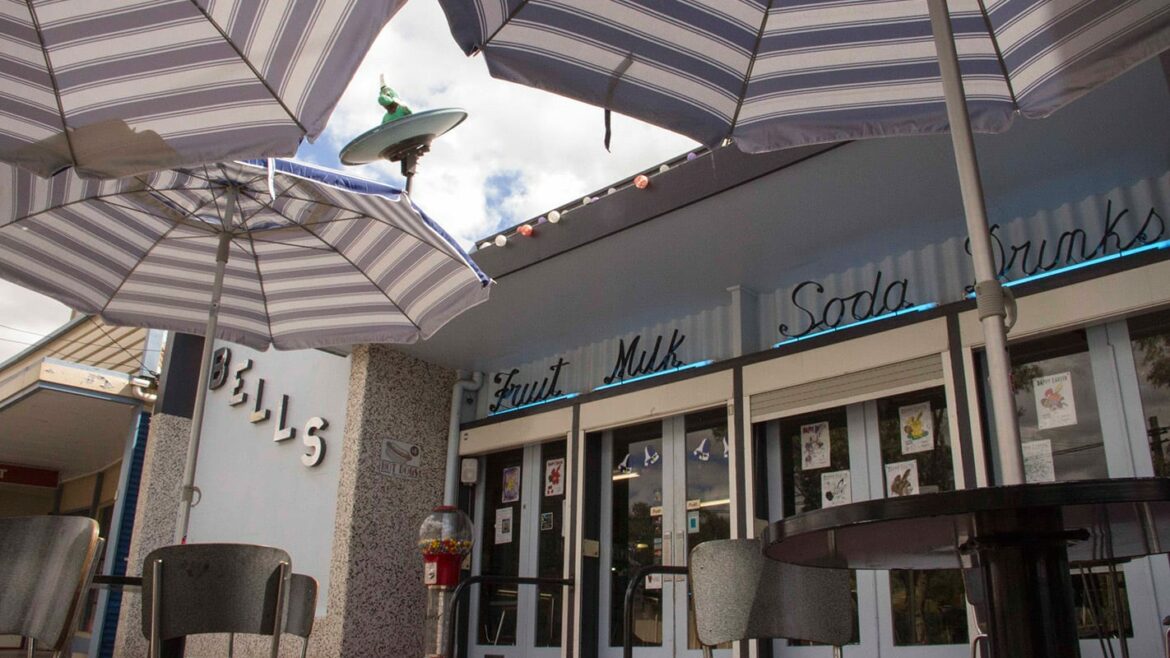 A teetotaller’s delight in a town where grog has always ruled, Bells Milk Bar is the place for an authentic shake in a classic setting. And it’s also home to a small museum detailing the history of this Australian, tall stainless-steel cup-led institution. Billed as Australia’s oldest milk bar, Bells opened in the late 19th century and the decor reflects the 1950s and 1960s when malted milkshakes and soda spiders were the bevys of choice. 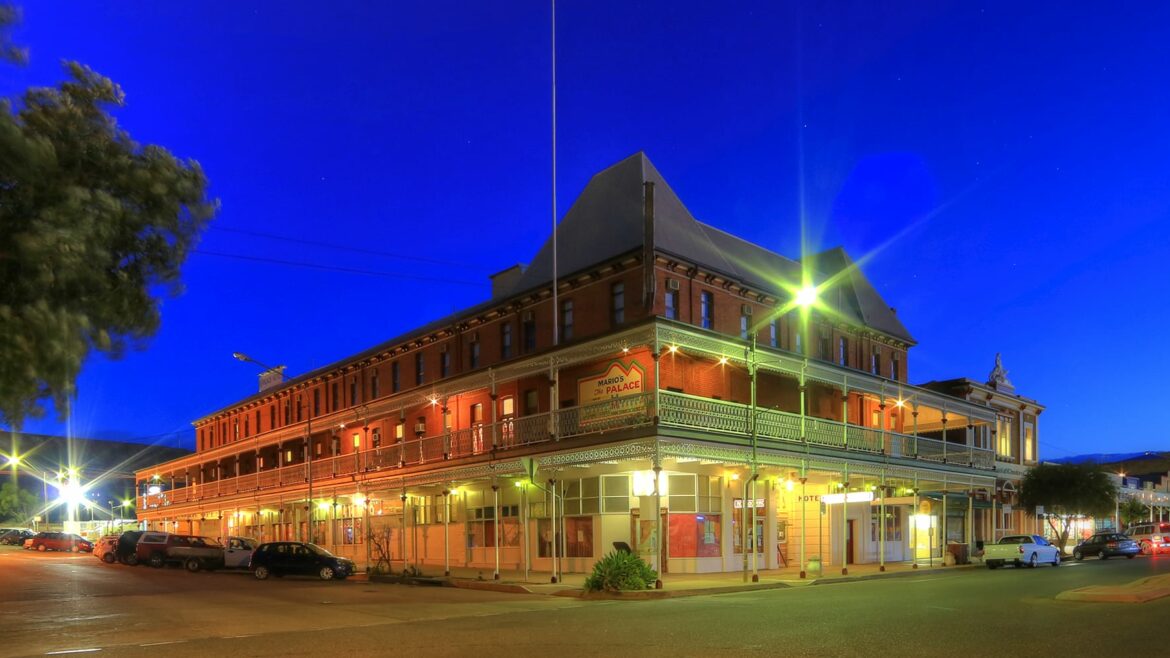 If you can’t stay at the Palace Hotel, which won fame from its starring role in The Adventures of Priscilla, Queen of the Desert, then at least grab a bite or a drink – or both – here. The main attraction, aside from its cinematic pedigree, is the must-see-to-believe florid murals, which include a copy of Botticelli’s Venus on the ceiling that dominates the lobby and reception of this legendary hotel. It’s almost hard to believe that this place began life as a coffee palace in 1889. 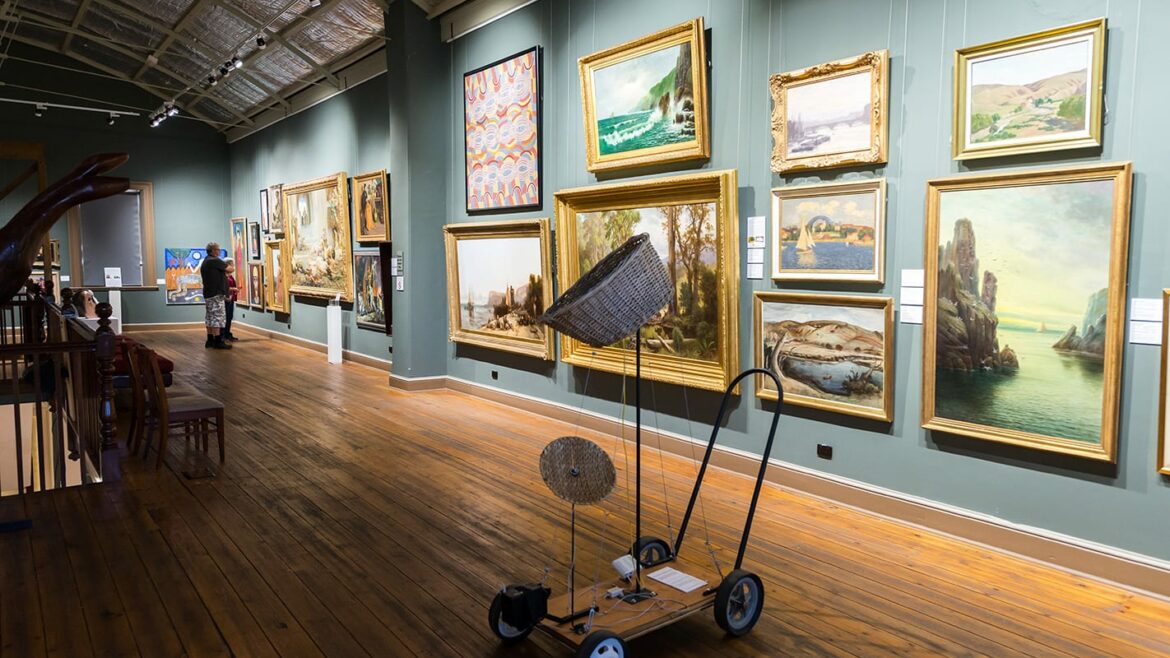 The eclectic collection at the Broken Hill Regional Art Gallery in the gorgeous building that once housed Sully’s Emporium department store, is as eccentric as this mining town of just under 17,500 souls. Aside from a selection of works by the love ’em or hate ’em Brushmen of the Bush, of which Pro Hart was a key member, there are classical European works from the collection of George McCulloch, a mastermind behind Broken Hill Proprietary, better known as BHP. There is a strong representation from Indigenous artists and the gallery also features painting and works on paper by Arthur Boyd, Clifton Pugh, Lloyd Rees and Tim Storrier.

One of the best day trips by four-wheel drive from Broken Hill is a visit to Mutawintji National Park, about one and half hours’ drive north-east of town with part of the road there unsealed. This is home to one of NSW’s most outstanding Aboriginal art collections and an Indigenous guide will escort you around the spectacular, rocky sacred site which is home to ancient engravings and stencils. See