No one wants rain on a holiday, especially when outdoors visiting one of Australia’s natural wonders. 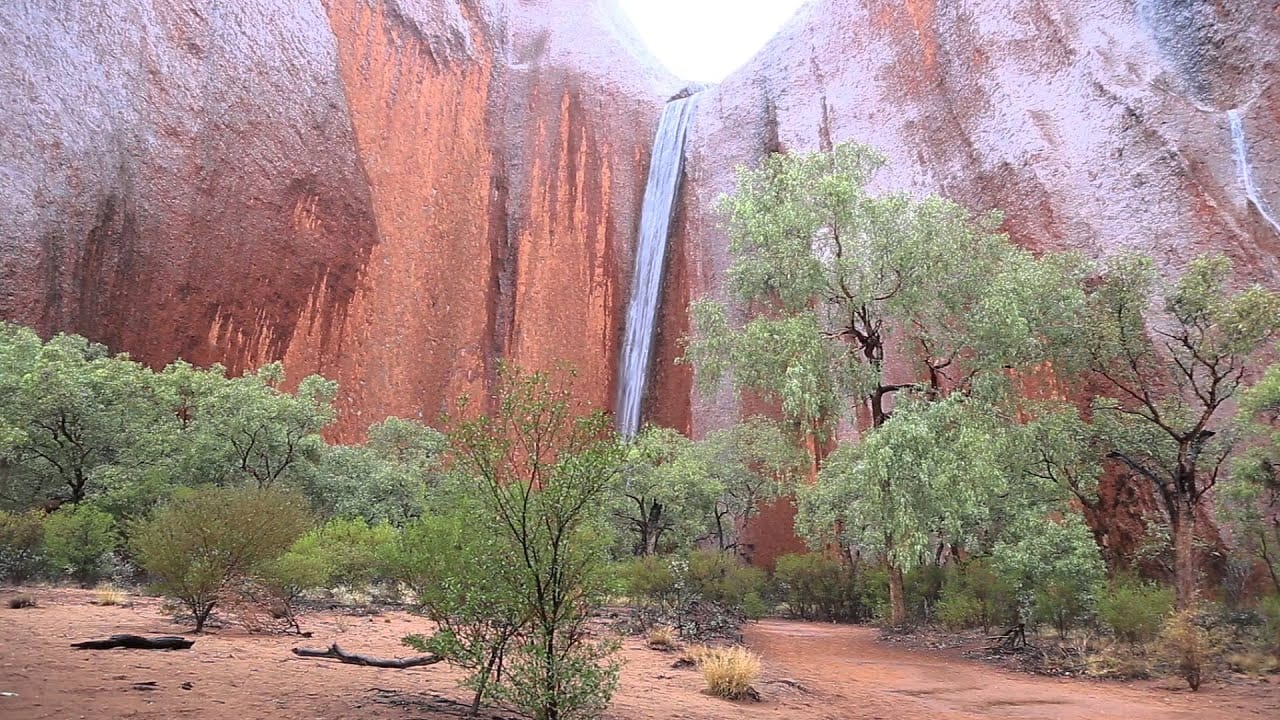 But tourists who stopped into Uluru earlier this week were treated to a “magical” sight, when the rain created a rare series of waterfalls cascading down the rock. 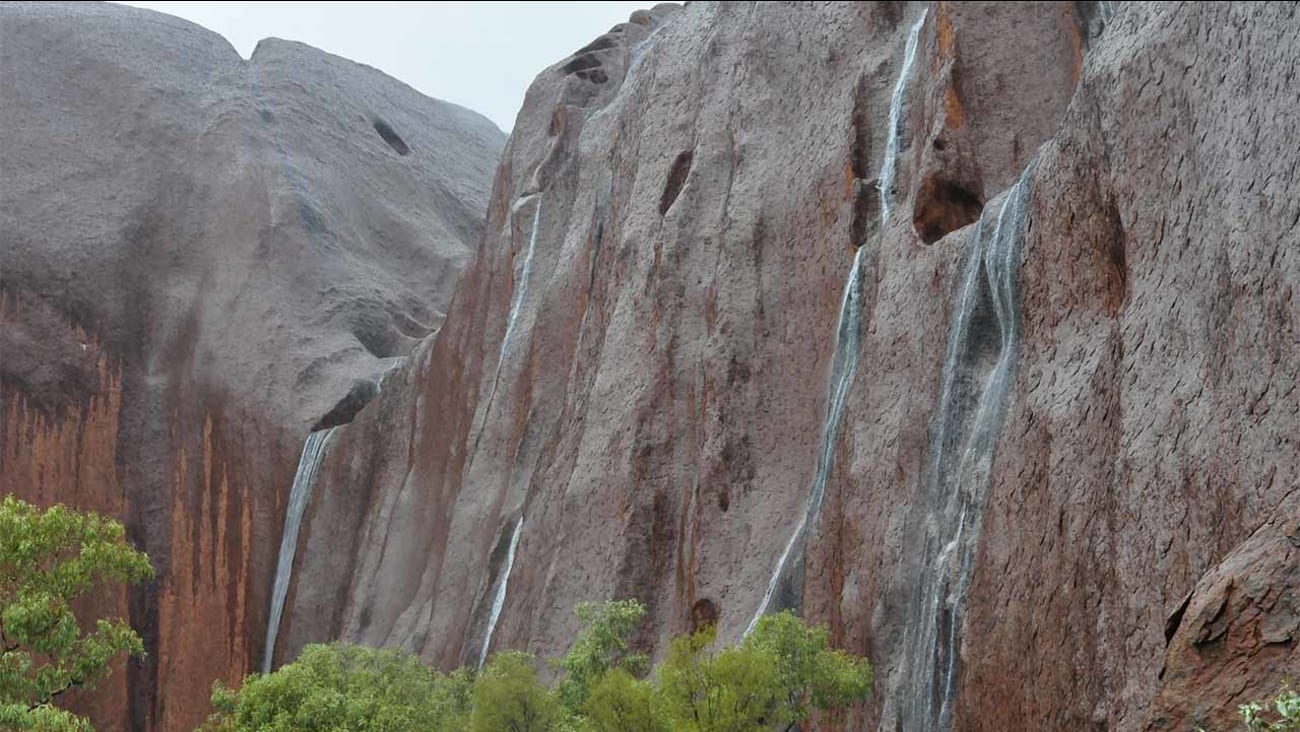 With 30mm of rain falling in the past 24 hours, parts of the Top End – including Uluru – have experienced the biggest downpour in three years.

The rainfall, which was described by Sky News host Chris Kenny as an “extreme weather” event for the national landmark is the most October rain the area has received in a decade.

“I call it weather. And it’s wonderful,” he said.

“Such a treat to see it like this, waterfalls and all.

“This reminds me of the good old Leyland Brothers, back when I was a kid, before they were household names, even before they had a TV show, I remember going to see one of their early docos at the cinema.

“And here’s what happened when they turned up at what we then called Ayers Rock. Brilliant stuff.” 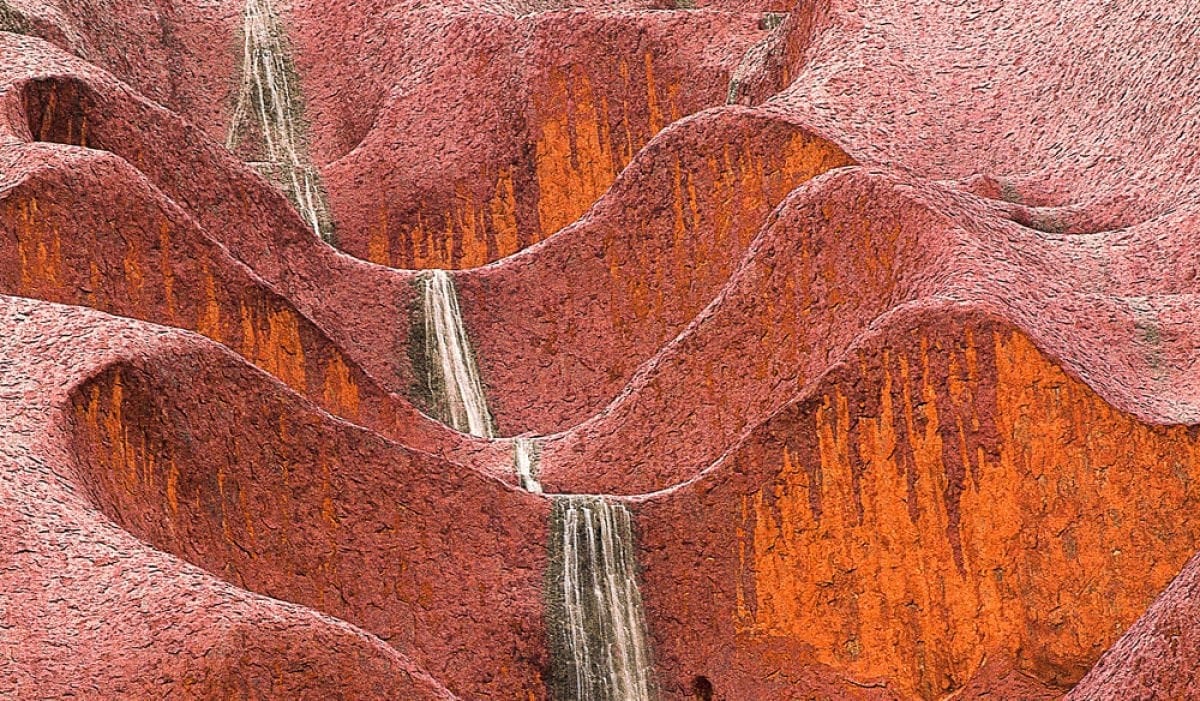 This month, Uluru was named as the one of the top destinations to visit in Lonely Planet’s new “Ultimate Travel List”.

As part of the prestigious list, writers for the globally recognised publication scoured the planet – vicariously – for the destinations they can’t wait to head to the moment international travel resumes.

With writers voting on favourite travel memories, they have whittled down hundreds of votes to 500 experiences and 320 pages of travel. 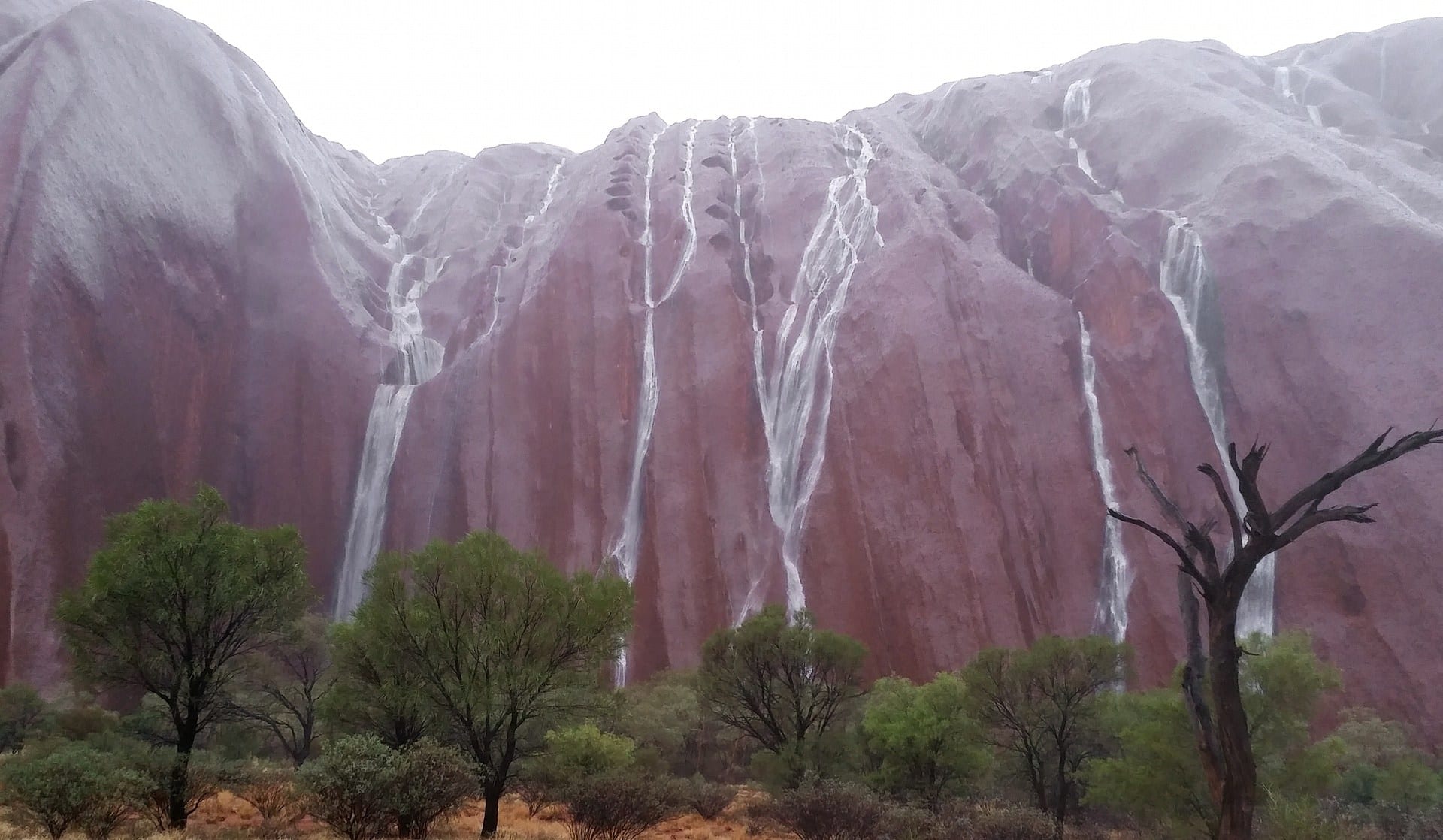 While hundreds of locations have been listed – Australia did not miss out – with Uluru coming in as the third must visit site in the world.

Uluru-Kata Tjuta National Park was named in the top three ‘must see’ places in the world, with the publication saying it was the ultimate travel destination because of the connection tourists can gain between Indigenous culture and the land, as well as the sustainable practices undertaken at the destination.

Uluru, which came in at the 33rd ‘must visit’ place in the world in 2019, jumped 30 places for the 2020 list and one of the most attractive Australia tourism spot