Sign up for a group travel tour Asia is one of the cheaper ways to experience a different part of the world. Australians have been going with family and friends for quite a while. What some might not realize is that there are also opportunities for travelling with strangers and splitting the cost up even more. Finding other travellers online has never been easier, and there is always an opportunity to save money if a person looks hard enough. 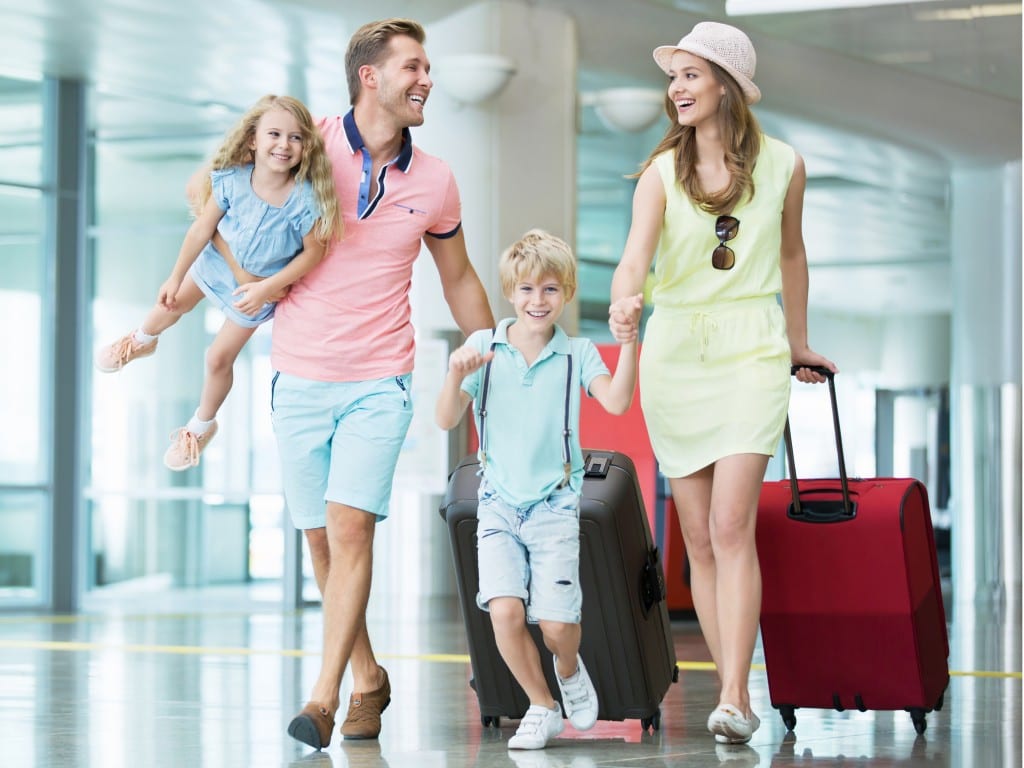 A trip with family in Asia – it has never been easier

While a group trip might sound like a perfect opportunity, there are some things to keep in mind before putting together an Asian group tour plan. Whether a person is looking to head north to South Korea or south like India, some general tips make sense when heading to any part of the continent.

Do not attempt too many countries at once

Some locations in Asia allow for easy border-hopping, but do not mistake Asia for Europe by any means. Most people are only going to have a chance to visit two or three countries during a trip, and it is usually best to go that way. 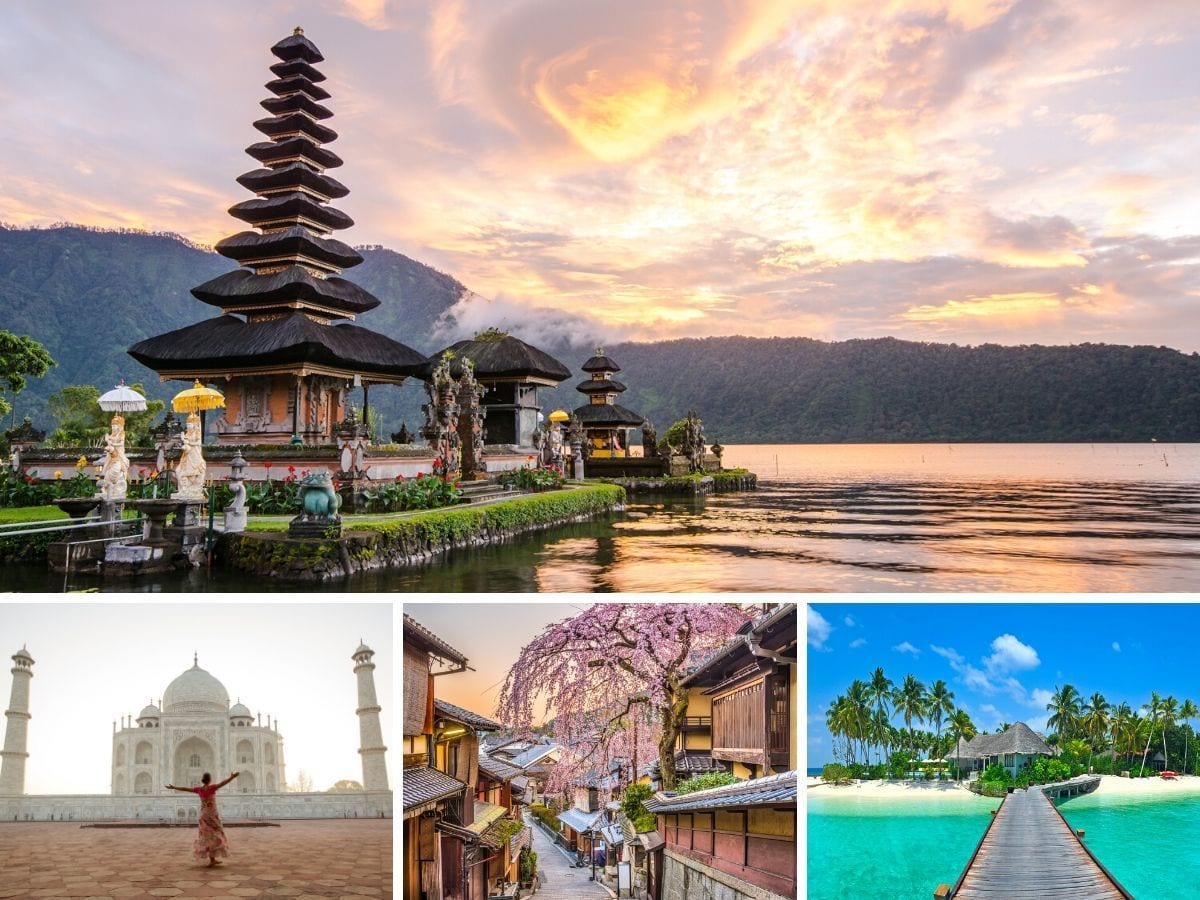 Travel to Asia – Save some locations for the next trip, and do not feel nearly as rushed going to all the different spots

Even if a trip planned out perfectly, there are still going to be some spur of the moment ideas that make sense. People are always looking for ways to explore and try new things in different countries, and that requires at least two days in most locations. Do not be so rushed to get to the next location that there are regrets later on.

The good thing about group travel tours is that most of them are put together with the help of seasoned travellers. They know how much time a typical traveller will want to spend in a particular location so that they will book accordingly.

Jumping around to a new country every day can be exhausting, especially if the borders are not exactly close. Sometimes it will take multiple hours to fly from country to country, which starts to burn travellers out. Save some locations for the next trip, and do not feel nearly as rushed going to all the different spots.

Australians are well aware of what a difference seasons can make for a vacation. There are certain times during the year that makes sense to travel to specific countries and do particular activities. The good news is that different parts of the continent make sense 12 months out of the year. This allows people to plan a trip that is interesting at any time to work around their schedule. Some people can only take a vacation during specific times. 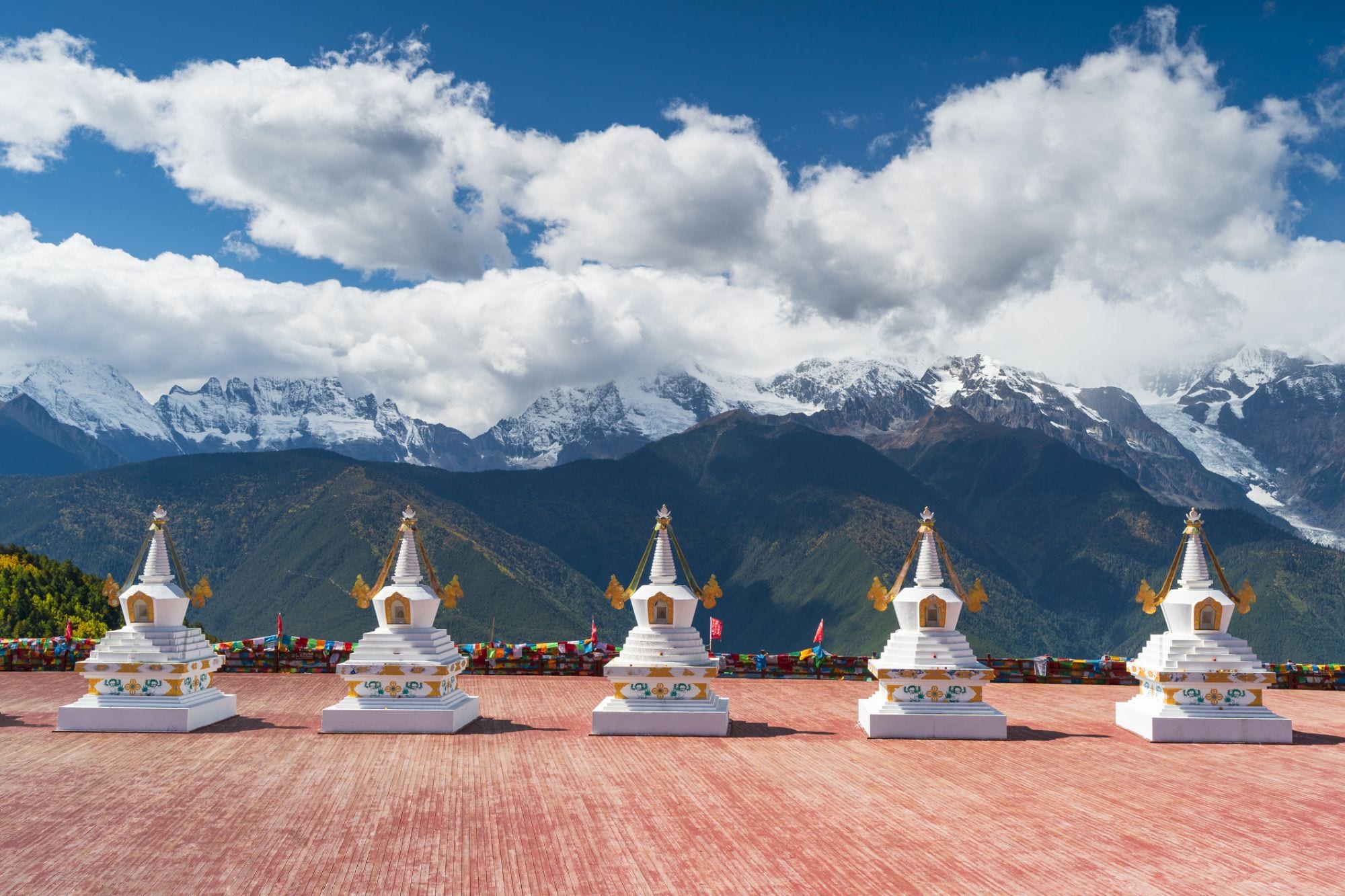 In Southeast Asia, there are pretty much two distinct seasons. The wet season, generally speaking, runs anywhere from March to September in many of the countries. Not only is it extremely rainy during this time, but the temperatures are at its hottest as well. It is usually a miserable time outside for extended periods.

For a more enjoyable summer vacation, heading north to locations like South Korea and Japan might make more sense. They can still get fairly hot in these locations, but the rain tends to hold off. The drawback to the north is that during the winter months, weather can be a little harsh with snow or cold temperatures. Not everyone loves going on vacation to an area that could receive snow.

The benefit of booking Asia tours from Australia is crossing over the equator. That means that there is a bit of a difference in the time of year, which usually helps out. During the most beautiful months in Australia, most people are enjoying local getaways. Save the Asia group tour options for the months that do not have the best weather.

In a post-COVID-19 world, it is going to be very hard for anyone to overlook the importance of health before travelling. Not only does it benefit people going into a foreign land, but it saves infection of others. While most people are thinking about virus and diseases, looking into travelling health insurance also makes sense for the adventurous. 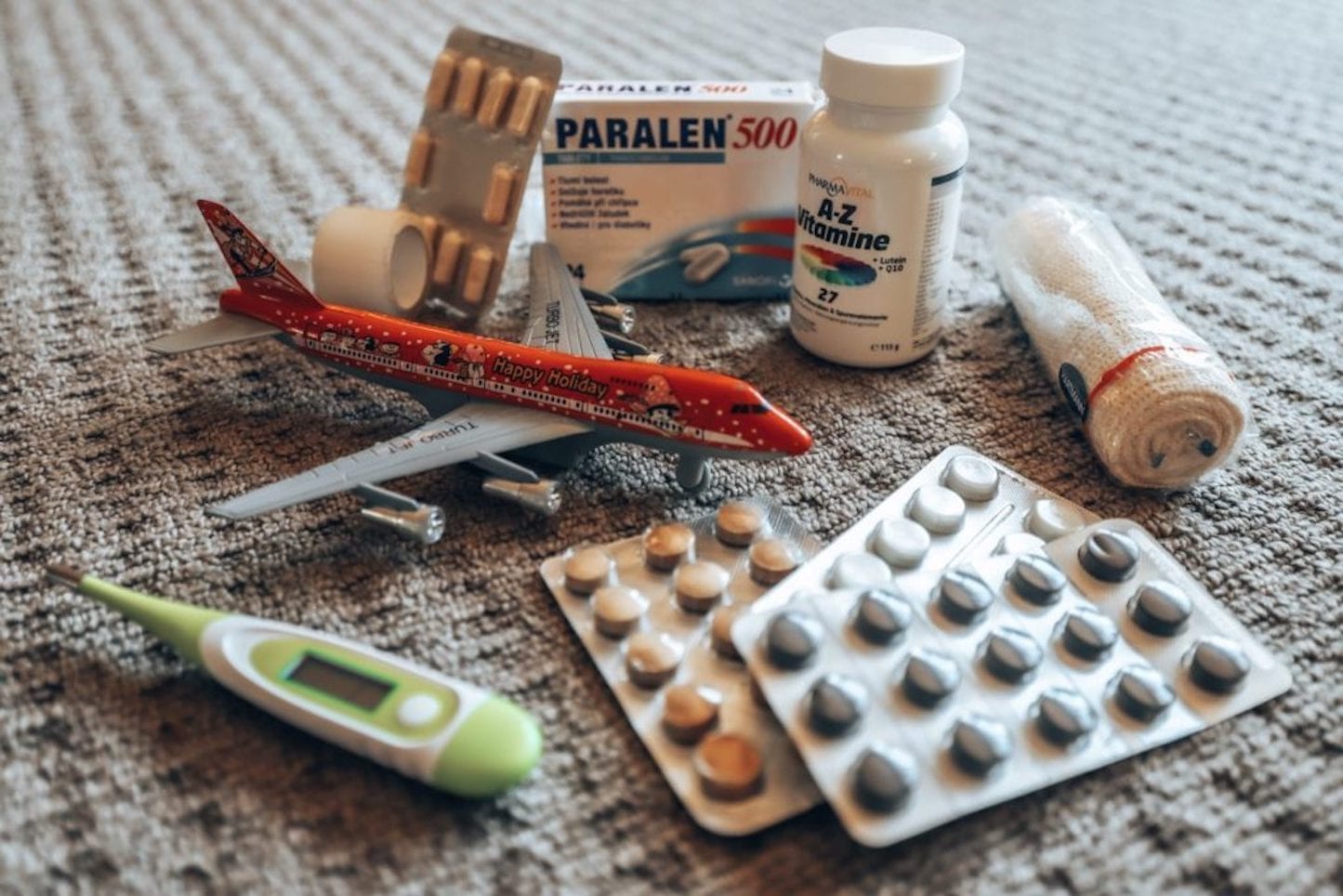 Health coverage to any Asia trip is a must

Health coverage while in a different country can come in handy if any accidents occur. Getting quality care while on vacation is something no one wants to think about, but it provides some assurance that certainly comes in handy.

They are usually some pretty inexpensive plans for people who need health coverage while going to a different country. Ideally, no one is going to use their insurance, but it is there in case something pops up.

Healthcare in different countries is always going to be slightly different, but most of the small group touring areas that people head to when doing tours will take medical coverage pretty seriously. If a person explores a bit more into the heart of individual countries, it might be a little challenging to find proper doctors to help out. The beauty of always being online and having access to the internet allows people to find doctors that can help them in the area if they are needed.

Adding health coverage to any Asia trip is sometimes required, but it should be a must for anyone in the first place. It does not cost that much to have things added on, and it eliminates the fear of something going wrong.

In just about every Asian country, bargaining is a way of life. It is not nearly as popular in Australia or other parts of the world for that matter, but negotiation is part of the buying process in a lot of these countries. 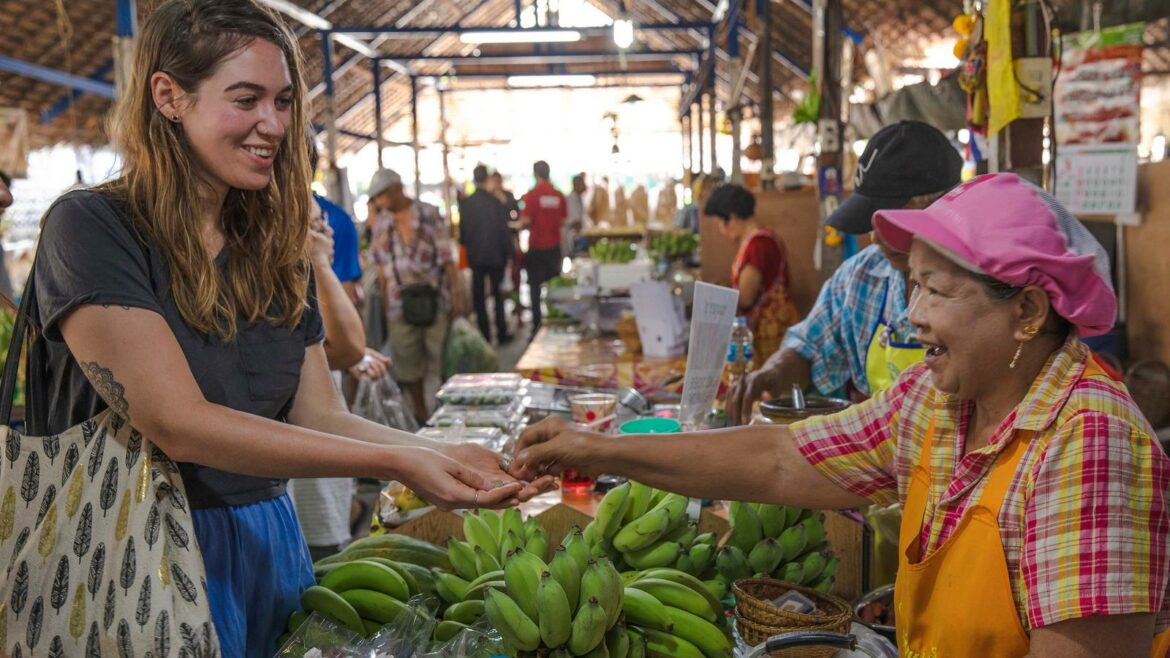 In just about every Asian country, bargaining is a way of life

What a lot of Australians find is that the prices are already lower than Australia, so there might not be a need to bargain as much as one would like. Just understand that there is quite a bit of money out there for people who put in the time.

Bargaining is particularly prevalent in Southeast Asia, as a lot of vendors will like having the banter to go along with it. Most of the people selling food or collectables are very local and willing to make connections with people from all walks of life.

If it seems like they are willing to bargain to the point that it just seems like a rip-off, do not feel that it is necessary to go to that extreme. Everyone likes a good deal, but some people also want to make sure that they take care of the hard workers.

To save additional money, make sure to do any currency exchanges at cheaper locations instead of taking care of everything at the airport. The fees associated with using airport currency exchange is are always high, but it is the last resort for people who have no other option. Cash is still very much king in most of Asia, so do not ever rely on carrying a credit card around instead.

This might seem like a general tip when travelling anywhere in the world, but it makes a lot of sense when going to most parts of Asia. Since there are some very affordable destinations, it just makes sense to pack as light as possible and have room to buy anything that might be necessary there. 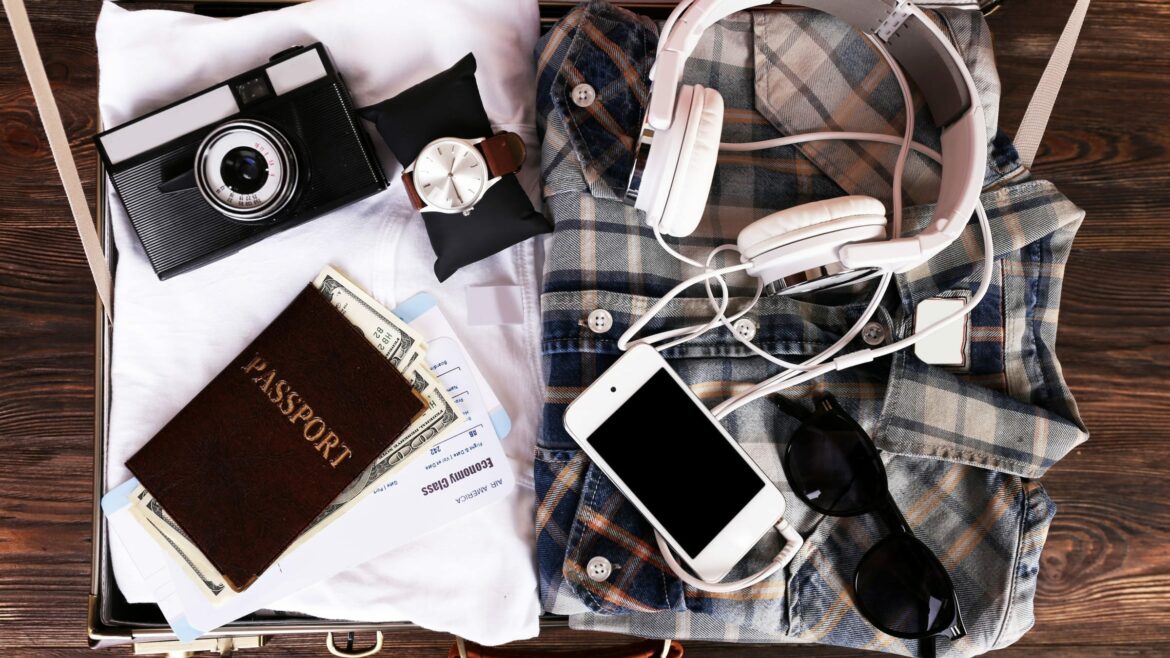 Most people going on tours are going to be moving around quite a bit, and it can be very cumbersome to bring the same stuff everywhere. There might be times where a person is moving from different places to stay at night, and they need to bring their luggage with them during the day. There is no way to carry around a bunch of heavy bags comfortably all the time, so going with something lightweight makes sense.

There are some very inexpensive ways to get clothes cleaned while visiting for a long time. Even those who are going for weeks and weeks might only need a few outfits. Just be diligent with the cleaning process.

Only a few countries can genuinely rival the prices of the big cities in Australia. This is good news for travellers, as they can get spare items that they need while on the go.