Speaking of Australia, people often think of Sydney, Melbourne or Gold Coast. But there is the Tasmania area, a pristine paradise where the island of Bruny located, a charming quarantine station from the nineteenth century to the Covid-19 pandemic. 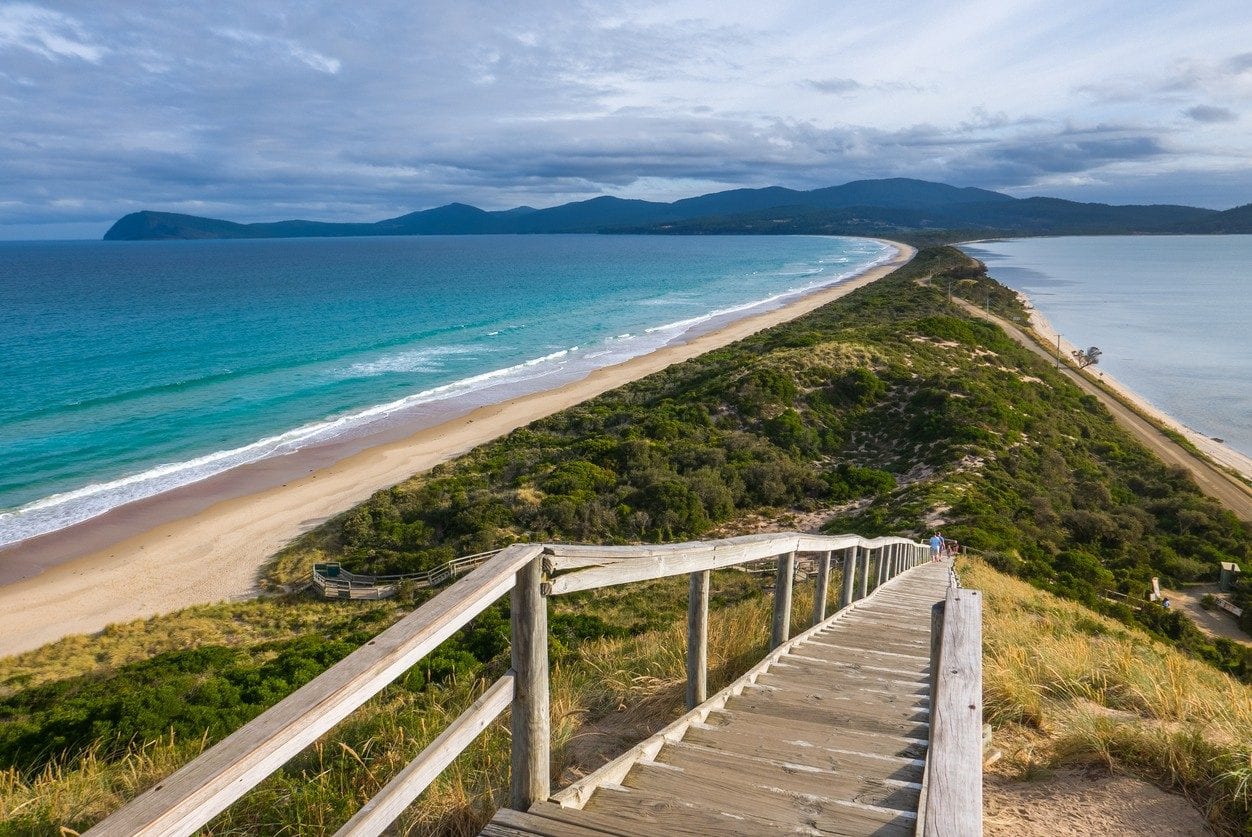 When World War I broke out in 1914, the crew of the German warship SS Oberhausen was declared ‘outside enemy force’ and captured by a group of 11 Australian naval reserves. Captain Johann Meir and his crew, who were then collecting wood at the Huon port in Tasmania, could have refueled and left the port. Instead, they stayed, because that would be safer than going back to Germany to join the war. Slitting the barrels of wine onboard to drink with the soldiers who captured them, they all arrived in the capital Hobart intoxicated.

These Germans were eventually sent to a detention center at the Bruny Island Quarantine Station. Conditions at this detention center are quite good and Captain Meir is said to have said: “What better place to stay through war?” He was not the first, nor the last, to experience freedom and isolation on Bruny Island.

This small island off the southeast coast of Tasmania has played an important role in Australian history – its isolation makes it the perfect site for quarantine. The word ‘quarantine’ comes from the Italian word ‘quaranta giorni’, meaning 40 days, the period during which ships are usually required to anchor offshore before landing in order to prevent a spread of diseases such as typhoid.

Since 1884, passengers arriving in Tasmania need not be sick enough to enter the community. Instead of being on board quarantine, they underwent quarantine and shore health checks at the Bruny Island Quarantine Station, which is still on the island today. Before that, this land was occupied by the Aboriginal tribe of Nuenonne. The traditional owners of the island live here are nomads for more than 6,000 years. 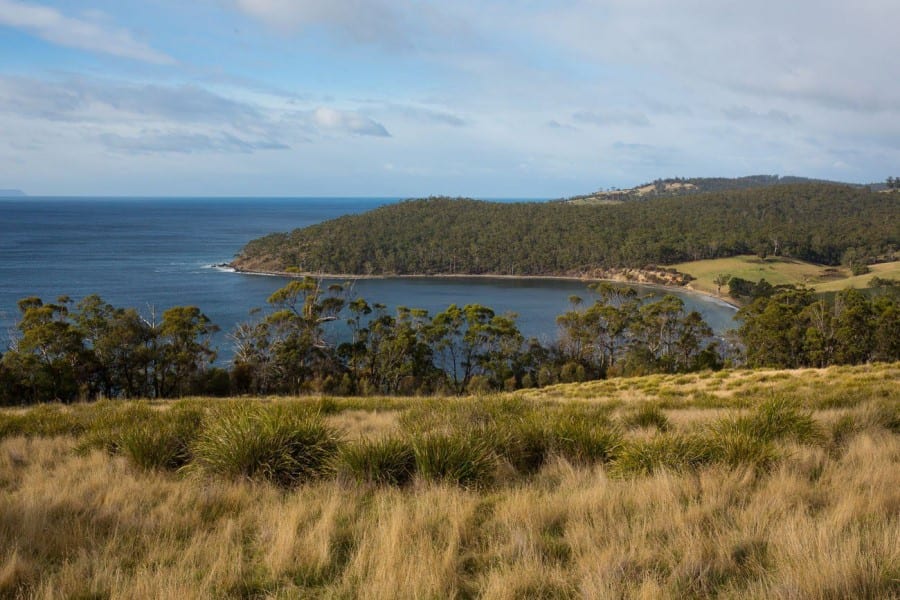 Bruny Island used to be and still is a beautiful place under the native forest canopy and surrounded by waters full of fish and shrimp. Since the Nuenonne tribes lived by hunting and gathering, they probably knew of the passing of Europeans as early as 1777, since ships go through the Cape of Good Hope (a rocky headland on the Atlantic coast of the Cape Peninsula) in South Africa often entered Adventure Bay on Bruny Island as a secure anchor to replenish essentials like water and wood.

However, it was not until 1856 that Europe occupied the Quarantine Station, with the appearance of the Cox family. Anthony Cox, convicted of admission, was taken from England to Hobart in 1833. He was conditionally pardoned in May 1849 and shortly thereafter, married to another criminal, Jane Daly. A former ‘well-behaved and hard-working’ former criminal, he received a 19-acre plot of land from the government on what would later become the Bruny Island Quarantine Station. Cox and his family cut firewood to make ends meet on what many consider to be “pebbles”. However, their home, Shellwood Cottage, had a neat fence and surrounding flowers. Compared to the hardships of a life of crime, the freedom and tranquility on Bruny Island were almost like paradise.

The Cox estate was eventually sold, and the Bruny Island Quarantine Station was built there in the mid-1800s to lockdown the spread of infectious diseases such as typhoid and smallpox that had been spreading in the past

The opening of the Suez Canal in 1869 saw an increase in international trade; thousands of immigrants arrived in Australia on cruise ships to begin new lives in quarantined colonies on Bruny Island. Some people decided to stay in Tasmania, but many moved to the mainland of Australia after they were declared free of the disease. Upon arrival at the Quarantine Station, wealthy first-class passengers were placed in a separate building with last-class passengers, highlighting the importance of social class status.

When Captain Johann Meir and his crew arrived at the Quarantine Station in January 2015, it was set up as a German prison. Sailors were forced to work with other Germans to cut wood and clear the soil. 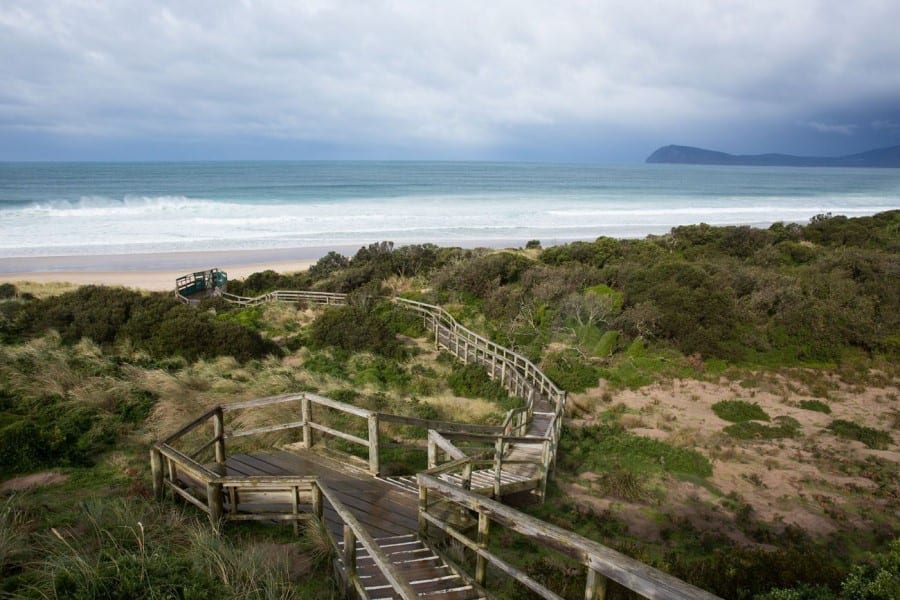 There is a total of about 70 prisoners and only 15 guards patrolling nearly 2 km of the coast and along the fence. The mission of stopping the escapee seemed to be impossible – if the prisoners really want to escape. Perhaps because they showed that they did not care much about escaping like that, the prisoners were given a lot of freedom. They often worked outside the Quarantine Station boundary and built their own homes, which include several camps away from the main base.

After German prisoners were transferred to Holsworthy Detention Center in Sydney in 1915, the Quarantine Station became quiet – but not long. World War I ended just as the Spanish flu began.

Instead of returning home in a triumphal parade and reunited with their families, Tasmanian soldiers returning from the war spent seven days quarantined on Bruny Island from hundreds of other men.

The soldiers were disappointed at first because they could not go home immediately, but many later realized that it was the best thing for those who have gone through the horrors of war. This was psychologically good for them as many people do not want to burden their families. 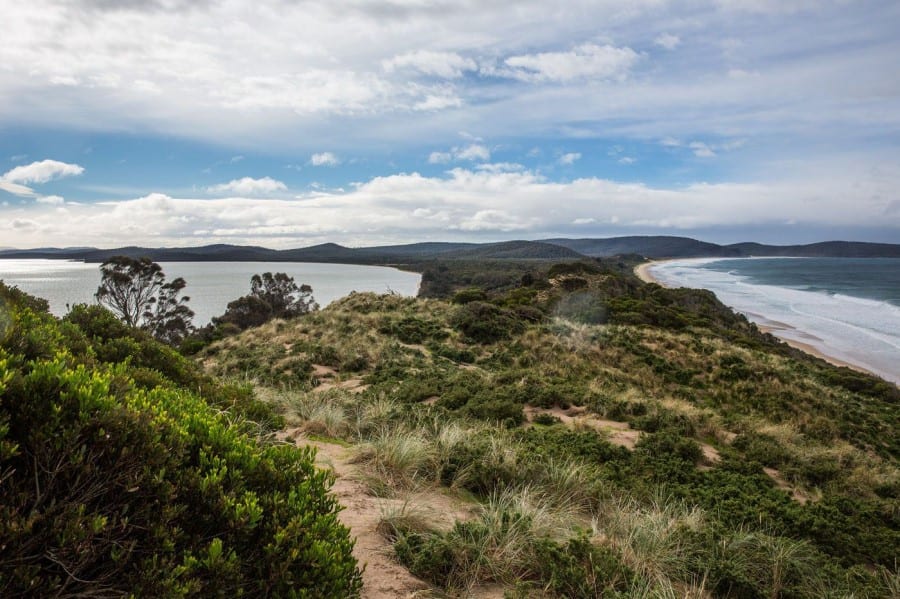 There were swimming, fishing, and soccer activities, movie tents and boxing areas to help the soldiers release their anger and discontent. The Red Cross consolation packages contained luxuries like cigarettes, books and fruits to help lift soldiers up.

After the pandemic flu risk went away, the Quarantine Station was almost shut down until the 1950s, when the main things there was plant instead of humans.

As the only Australian quarantine station on an island, it was converted to a national vegetation quarantine station where exotic species such as raspberries, apples and hops were isolated and tested for diseases. The purpose was to investigate if they could cause serious health and economic consequences if they are allowed inside Australia.

In 1986, phytosanitary measures were moved to Kingston located on the main island of Tasmania and the site remained dormant until the Tasmanian government declared it a National Reserve in 2003.

After a while opening the Bruny island for tourism, the response from visitors was very positive. A self-discovery walking tour has been designed so that visitors can explore at their own pace. Apart from the singing of birds and the sound of wind rustling through the eucalyptus trees, the only sound you can hear while walking around the Quarantine Station is the rustling of footsteps on the paved road. 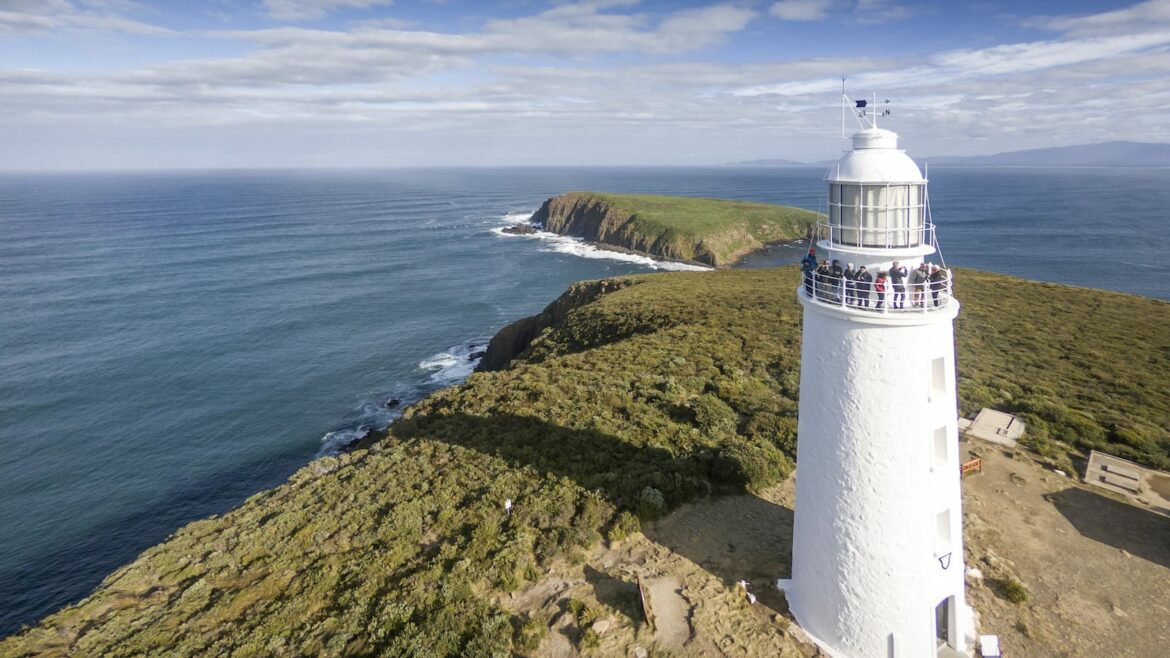 This expansive island makes it easy to avoid encountering any other tourists and indulge in the stories on the narrative boards. Some of the signs here depict buildings in the past such as the sterilization room and the Health Official’s quarters, which are still present today. Other plaques tell of how buildings have been dismantled over the years.

For some Tasmanian volunteers, being isolated in this remote place is a dream job. They love the rough beauty of the place and passionately share its history with visitors from Australia and around the world.

While Bruny island is not so popular as other famous tourist destinations, it a wonderful place to enjoy the purity of nature or seek some peaceful moments. From the mainland of Tasmania, it takes only 20 minutes of ferry riding to reach the island covered by eucalyptus forest and your adventure begins

Enjoy the spectacular views from “The Neck” 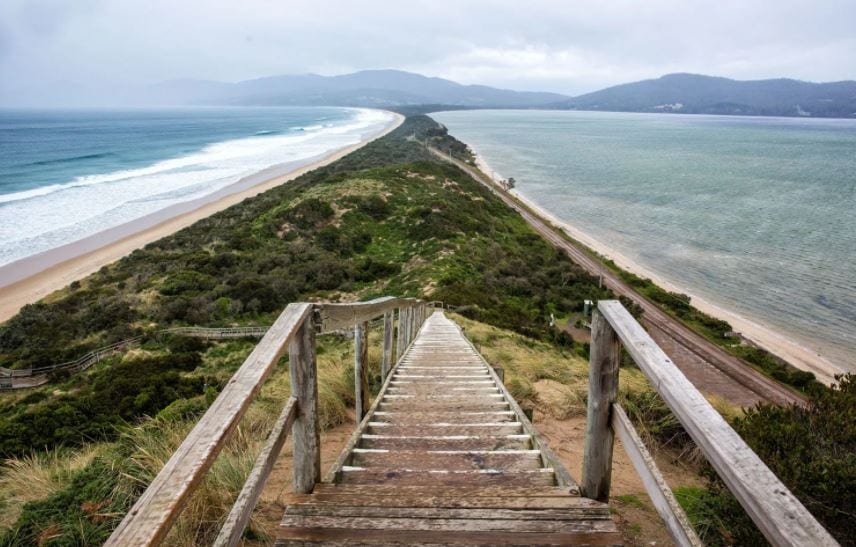 The Neck is a thin isthmus of land connecting the northern and southern of the Bruny Island. Climbing up the wooden steps, you will be able to see the most scenic points on the entire island. It is said that there is a lot of penguins on the eastern side of the Neck but not everyone has seen them. 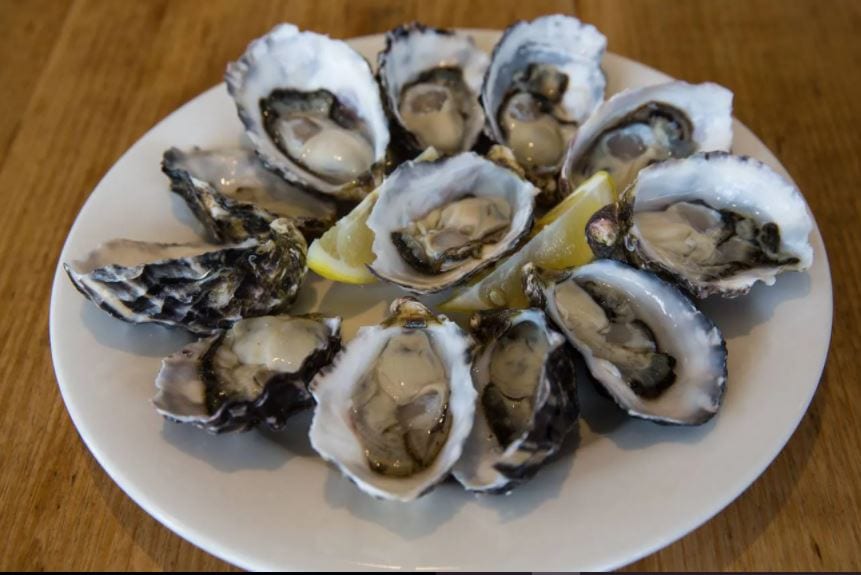 If the oyster is your favourite, you definitely need to travel to Bruny island of Tasmania and visit the Get Shucked Oyster Bar. The oyster is farmed from the waters off of the island so they are absolutely fresh and really delicious. Please be noted that they are open every day throughout the year but not during the Christmas holiday so make sure to contact them in advance. 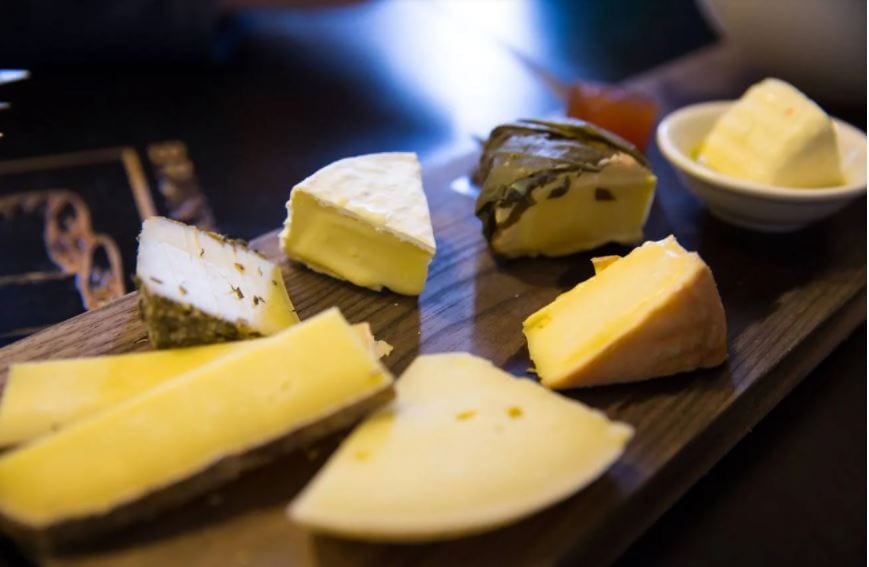 There is a Bruny Island Cheese Company down the road from Get Shucked Oyster Bar. Take time to sample different kinds of cheese with fresh sourdough bread, coffee and hot chocolate or handcrafted beer here. It is really worth experiencing.

If you are craving an adventure after a long time staying at home for safety against Covid-19, Bruny Island is a good place to discover. Need consultation in a travel destination? Visit our website or drop us a message, we are always happy to help for free.